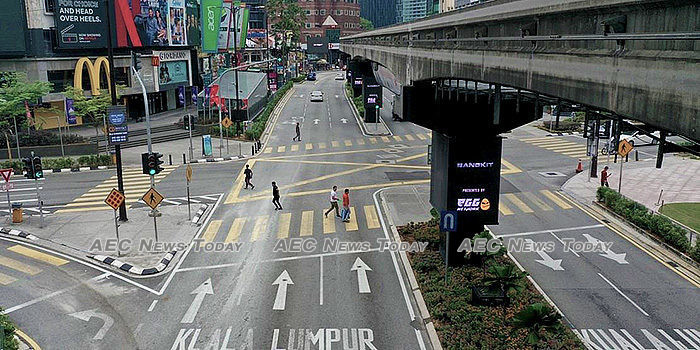 Malaysia is no stranger to external shocks affecting its macroeconomy. Over the past two decades it has been buffeted by the 1997 Asian Financial Crisis (AFC), the 2001 global slowdown after 9/11, and the 2008 Global Financial Crisis (GFC). Each shock affecting the Malaysian economy in different ways.

The first resulted in the steepest economic contraction in Malaysia’s history – reversing growth to negative 7.35 per cent in 1998.

The country surmounted this massive crisis through prudent policymaking and drew important lessons to protect itself from the two following economic shocks.

This current global COVID-19 crisis is particularly unique given the context in which it emerged and the dual threats it poses to states and societies across the world.

Prior to COVID-19’s global spread economic growth in almost all countries had already slowed on the back of trade tensions between the United States and China. Against this softening economic backdrop entered the SARS-CoV-2 virus.

What began as a localised epidemic in Wuhan, China, has transformed into an international public health and economic crisis creating supply and demand shocks globally.

Two months after Malaysia’s first case was recorded on January 25, some 1,762 cases had been recorded locally. Two months further on and there had been 7,417 confirmed cases and 115 deaths.

These trends have placed Malaysia’s health system, particularly public hospitals, under considerable strain. A third ‘tsunami wave’, according to Ministry of Health director general, Dr Noor Hisham Abdullah, could easily flood Malaysian healthcare facilities and result in numerous fatalities, not least among the elderly and persons with chronic health conditions.

COVID-19’s shock to the Malaysian economy

COVID-19’s shock to the Malaysian economy has deepened with the mounting public health crisis. Initially, the effects were felt in the electrical and electronic products (E&E) sector, which is closely tied to the Chinese market; and in the tourism and retail sectors due to the significant drop in incoming tourists.

The effects have since widened resulting in broad-based disruption to all economic activities in the country, including the financial and currency markets.

Looking forward, recent projections by The World Bank (WB) indicate that substantial economic pain will be inescapable in all countries in the region.

Along with significant economic retrenchment, the global pandemic will have a large impact on poverty in the region. Some 24 million fewer people will escape poverty in 2020 under the base case scenario than was forecast in the pre-COVID-19 projections.

These estimates were generated under continuously changing conditions and based on available data as of March 27.

The World Bank East Asia and Pacific Economic Update urges governments to take immediate action to strengthen containment, boost healthcare capacity and implement targeted economic measures to lessen the impact on households, businesses and workers. The injection of greater liquidity and repayment flexibility into the financial sector is also required.

The report also promotes the importance of countries adopting an integrated approach towards containment and macroeconomic policies, and international cooperation and public-private partnerships (PPP) to ensure the production and supply of key medical supplies across international borders.

In line with these recommendations the Malaysian government issued two economic stimulus packages and placed the country under a ‘Movement Control Order’ (MCO) for an initial two weeks.

The MCO, through banning public gatherings and mandating home-based learning and work for all students and workers (except those involved in essential services), seeks to limit further widespread diffusion of the virus.

Public compliance with Ministry of Health (MOH) testing policies and movement restrictions will be crucial to preventing a new and sweeping wave of infections from gathering momentum.

The government’s economic stimulus packages, on balance, contain the right elements for mitigating the impact of the COVID-19 crisis on the Malaysian economy.

It also contains important additional measures to protect the income of vulnerable Malaysian households through cash transfers; helps individuals and businesses smooth out their debt repayments; and provides support and wage subsidies to Malaysian businesses.

The goal of the wage subsidy measure is to encourage struggling companies in the private sector to retain their employees during the downturn.

Although this second package is prescribing the right economic medicine for the COVID-19 crisis, there may be questions about gaps in the medication and the appropriate dosage of some of the measures.

Specifically, how best to support medium, small-, and micro-enterprises will require further thinking and action. So too the relatively modest size of the wage subsidy may prove insufficient to prevent job layoffs by firms in weaker financial positions.

If the public health crisis continues unabated and requires an extension of movement restrictions, a third economic stimulus may be necessary.

In retrospect and taking the long view, Malaysia has seen many economic crises in its day. With enough determination, clear-eyed thinking, careful policymaking — and capitalising on its prior experiences — it will be able to weather this unusual storm.

This article was written by Firas Raad, World Bank Country Manager for Malaysia, East Asia and Pacific. It first appeared on World Bank Blogs under a Creative Commons License and is reproduced here with its permission.