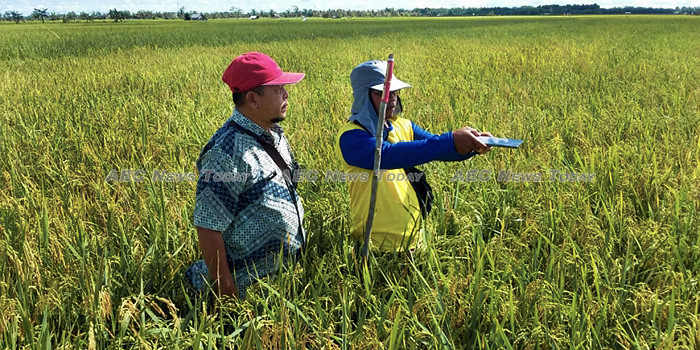 In rural Indonesia rice accounts for almost one-quarter of the total expenditures of the poor. However, food prices have been on a rollercoaster ride because of unreliable production data, which for decades relied mainly on subjective measures of eye-estimate (relying on no device other than one’s own eyes to measure distances), creating unreliable evidence on which to base critical policy decisions.

In 2016 Indonesian President Joko Widodo responded by appointing the Central Bureau of Statistics (BPS) as the only agency responsible for collecting and releasing food production data.

Since then, BPS, along with the Agency for Assessment and Application of Technology (BPPT) and other agencies, has improved the calculation of the various stages of the rice production data collection.

What does it mean for Indonesia?

Data collected monthly with GPS-enabled, geospatial-coordinate accuracy allows policymakers and the private sector to know precisely when and where rice is being harvested and the vegetative growth phases of rice production in each location.

Such statistical-geospatial data also enables the management of the regional distribution of rice, the forecasting of rice balance and import needs, as well as early mitigation of pest attack, flood, and drought.

In the medium and longer-term, more accurate data improves budget efficiency and farmers’ as well as consumers’ welfare through better production management and less volatile producer and consumer prices.

The take-away for other countries from Indonesia’s experience in improving food production data is that  reform would not have been possible without political commitment at the highest level leading to across-the-board collaboration among key government agencies.

To a lesser extent, reform might not have been possible without the implicit agreement of “data amnesty”, so no one can be held accountable for any incorrect data in the past.

The idea is to be forward-looking and not looking back, with such philosophy critical for such a significant reform and which otherwise could have received a major backlash.

Although monumental, it is only the beginning.

The Indonesian government should apply this new methodology to other food commodities and continuously improve its food production data collection, taking advantage of the emerging availability of and accessibility to advanced technology, such as big data, machine learning, artificial intelligence, and the Internet of Things (IoT).

Most importantly, the new rice production data should be used in every possible way to improve policymaking decisions, improving budget efficiency, forecasting, and stock management.

This article was written by Maria Monica Wihardja & Mohamad Ikhsan  It first appeared on World Bank Blogs under a Creative Commons License and is reproduced here with its permission.