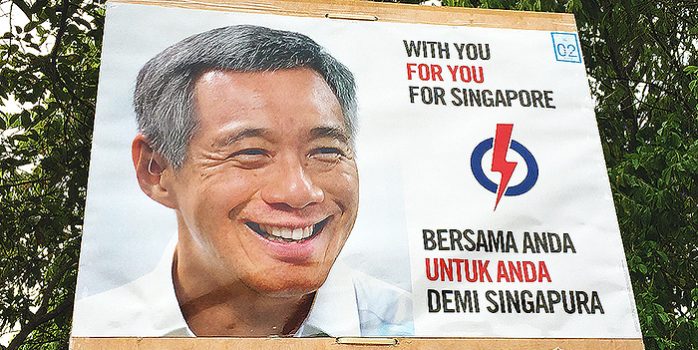 Before and since the September 2015 Singapore general election, the ruling People’s Action Party (PAP) has been introducing political reforms in response to Singapore’s increasingly questioning populace. But the striking theme of these changes is not resignation to looser controls over political engagement in the city-state but resolve to contain the boundaries of that engagement.

Social spending boosts were critical in winning back voter support in 2015 to an impressive 70 per cent. Yet it remains to be seen whether the scale and nature of medium-term redistributive measures will sufficiently address public concerns about rising social inequalities and declining upward social mobility.

As such, the PAP is reinforcing existing obstacles to the scrutiny of policy and governance. Constraints on political engagement by independent civil society and formal political actors are being bolstered, both through changes to contempt of court laws and more stringent eligibility criteria for presidential candidates.

The emphatic 9.8 per cent poll swing back to the PAP in the 2015 general election has instilled greater confidence to consolidate and extend this tightening of political space.

The first of these reforms, the Administration of Justice (Protection) Bill passed by parliament in August, lowers the threshold for contempt of court.

The threat, enforcement and interpretation of contempt of court and defamation laws already serve as a powerful means for intimidating and/or punishing critics, opponents and analysts of Singapore’s politics and governance. Serious debate about the integrity and independence of the judiciary has long been impossible for the same reason.

The Bill will lower the bar for what qualifies as scandalising the courts by diluting the need for a ‘real risk’ of such to simply a ‘risk’. Maximum fines have also risen from approximately S$20,000 (US$14,700) to S$100,000 (US$73,300), while jail sentences have tripled from one to three years. Offenders can be hit with both or either penalties.

Law Minister K. Shanmugam has justified the amendments as maintaining the sanctity and reputation of the courts. But independent journalists, activists and human rights advocates worry about a potential tightening of the clamp on legitimate political reporting and comment.

In particular, the Bill is vague on what constitutes ‘prejudging’ of a case and when ‘fair and accurate reporting of court proceedings’ is violated. The ambiguous definition of inaccurate reporting assumes greater significance because authorities are often shy about commenting or answering questions from independent journalists on controversial matters.

In 2013, for example, journalist and filmmaker Lynn Lee published excerpts from interviews with two Chinese national bus drivers facing criminal proceedings for an ‘illegal strike’. These workers claimed to have been assaulted by police officers, but Lee claimed attempts to extract a response to these allegations from either the Ministry of Home Affairs or the Singapore Prison Service (SPS) proved fruitless.

Such stonewalling in the face of reasonable requests for information and comment from authorities is a routine problem according to one of Singapore’s most reputed (read independent) blog sites, The Online Citizen. The risks to contentious publishing are now rising.

Hot on the heels of this reform, the Singapore government announced on September 15 its intention to tighten the eligibility criteria for contesting the elected post of the president.

This office was created in 1991 as a bulwark against the possibility of a freak election result ushering in a non-PAP government. The shift from appointment to election was accompanied by enhanced presidential powers to make key public service appointments and to veto government decisions on the spending of accumulated reserves.

But while the election reform accorded a measure of formal political authority for a president with such powers, this institutional initiative was also accompanied by dynamics and political effects unanticipated by PAP leaders. Inadvertently, a wider opportunity for political competition opened.

In the most recent 2011 Singapore presidential election, the government’s endorsed candidate and former deputy prime minister, Tony Tan, prevailed by just 0.34 per cent of the vote ahead of former PAP backbencher Tan Cheng Bock. Even more alarmingly for the PAP was the 25 per cent support for former civil servant Tan Jay See, who subsequently joined the opposition Singapore Democratic Party (SDP).

Under the intended changes though, neither candidate would seem to qualify for the next Singapore presidential election due in August 2017. The qualifying criteria for private sector candidates are to be raised from the existing requirement to have been a chairman or chief executive of a company with at least S$100 million (US$73 million) in paid up capital. In the future, only top executives of a company with S$500 million (US$367 million) in shareholders’ equity will qualify as a private sector candidate.

The PAP appears determined to restore the original function of the elected presidency. This will ensure that even in the event of a change of government the power of the PAP state can still be exerted to effect political control.

This article was written by Garry Rodan, a Director of the Asia Research Centre and a Professor of politics and international relations at Murdoch University. It first appeared on East Asia Forum under a Creative Commons license and is reproduced here with its permission.