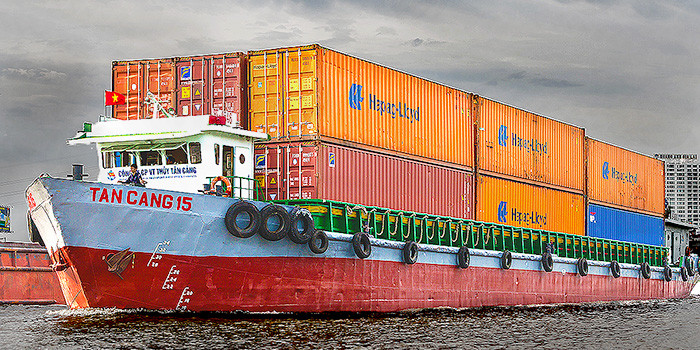 Though it remains a bright economic spot amid uncertain global times, the 2016 Vietnam GDP forecast is in trouble midway through the year. At the beginning of 2016 the government set an ambitious growth target of 6.7 per cent. Prominent financial bodies such as HSBC and the World Bank, meanwhile, predicted 2016 Vietnam GDP growth of 6.3-6.7 per cent.

By the end of June actual 2016 Vietnam GDP growth for was just 5.52 per cent. This represents a decline of almost 1 per cent from the previous year. According to a recent survey by the General Statistics Office (GSO) this slowdown was due to “global commodity prices remaining low, trade and global investment lacking a driving force, declining capital flows and unpredictable upheavals in the world financial and monetary markets.”

The historic drought which wrought destruction in the Mekong Delta also cost the economy an estimated US$681 million, according to the World Bank. As a result, full year 2016 Vietnam GDP growth estimates now range from 5.9 per cent to 6.3 per cent.

Such figures are worth unpacking, as some complicated factors are at work here. Certain figures in fact look good upon first glance. For example, Vietnam exported $82.2 billion worth of commodities in the first half of the year, up 5.9 per cent from 2015. However, the Ministry of Industry and Trade (MOIT) did not list processing industries among the sectors with impressive export growth. In addition, exports from the mining industries group fell, in part because of low crude oil prices. Despite the impressive overall export figure, economic experts contend that the poor performance of the crucial processing and mining industries is a bad sign.

Vietnam’s textile sector has also faced trouble this year. Falling orders and export values have sparked concerns that the government’s goal of exporting $31 billion in garment products will not be met. Dong Binh JSC for example saw a 30 per cent drop in orders in the first five months of the year compared to 2015. Export prices have fallen 10-15 per cent, while a drop in orders has triggered stiff competition among domestic firms.

Some of this garment uncertainty is due to incomplete trade pacts such as the Trans-Pacific Partnership (TPP) and EU-Vietnam Free Trade Agreement (EVFTA. These treaties will create huge benefits for the national textile industry once they come into effect. However, there is currently no timeline for when this might occur.

Moreover, the TPP’s future looks especially bleak in the US with both the presumptive Democratic and Republican presidential candidates opposed to the deal. The TPP will never be implemented without the participation of the US.

Though the monsoon season is currently bringing relief to southern Vietnam the region is still feeling the impact of a historic drought. Record-breaking salinity levels and an almost complete lack of rain in the Mekong Delta ravaged agriculture producers earlier this year. This vital region is considered the ‘rice basket’ of Vietnam. Environmental disasters therefore have an outsize impact on the national economy.

According to the Ministry of Agriculture and Rural Development (MARD), farmers exported 2.69 million tonnes of rice in the first half of 2016 generating $1.21 billion in revenue. These figures represent a 9.8 per cent decrease in volume and a 5.9 per cent decline in value from 2015. Such drops are almost entirely attributable to the drought.

Of course, it is not all doom and gloom for Vietnam’s economy. Overall the outlook remains strong, especially in comparison to some of the country’s competitors. Foreign investment into Vietnam is a powerhouse, with 1,145 new projects registered in the first half of 2016. The figure from the same period last year was 757. The value of these projects has nearly doubled year-on-year to over $7 billion.

Although Tourism numbers remain a tiny part of GDP relative to perennial favourites such as Thailand, they are improving. The government last year introduced visa waivers to a number of European countries, and this has paid off. Total international arrivals reached 4.7 million by the end of June, up 21 per cent over last year, and it is expected that Vietnam’s political stability and gradually loosening visa regulations should ensure similar growth moving forward.

During the just concluded 12th Party Central Committee meeting in Hanoi Party general secretary Nguyen Phu Trong said that in order to reach set targets in the second half of this year and for the full year, stronger efforts were needed to deal with urgent problems. He also called for the restructuring of Vietnam state owned enterprises (SOEs) to be sped up.

Whether these stronger efforts well bear fruit remains to be seen. But one thing is for sure. With the first half of the year coming in 12.4 per cent below the low end and 17.6 per cent below the high end of the full 2016 Vietnam GDP growth forecast, all eyes are going to be on the Asean Communities ‘star performer’ to see if it can continue the robust growth it has in recent years.