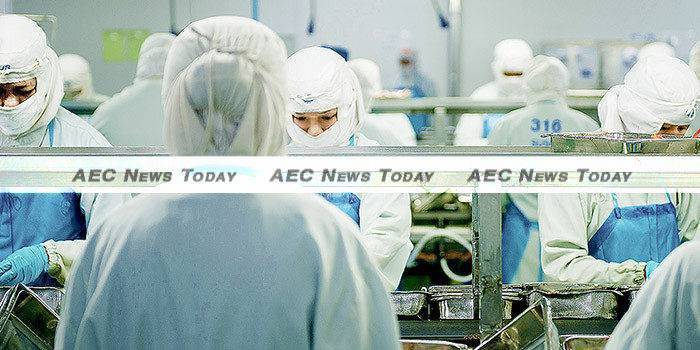 Malaysia has been able to reach remarkable achievements over the past several decades, including  the eradication of extreme poverty and promotion of inclusive growth. It aims to reach high-income nation status by 2020, something which goes beyond merely reaching a per capita GDP threshold. As the 11th Malaysia Plan points out, the goal is to achieve a growth path that is sustainable over time, reflects greater productivity, and is inclusive.

High-income status can be achieved if we ensure that future generations have access to all the right resources, such as education and productive opportunities, necessary to realize their ambitions; and if Malaysia’s economy is globally competitive and resource-sustainable.

Over the years immigrants and migrants have played a crucial role in the economic development of Malaysia, with around 2.1 million migrants registered and over one million undocumented as of 2013.

Education levels among the Malaysian population have increased remarkably over the last two decades, and migrant workers have become one of the primary sources of labour for low-skilled occupations, most commonly in labour-intensive sectors such as construction, agriculture and manufacturing.

Economic studies show that a 10 per cent net increase in low-skilled foreign workers could raise Malaysia’s GDP by 1.1 per cent and create employment and increase wages for most Malaysians.

Immigration and migration into Malaysia is the result of structural factors such as differences in income per capita and demographic patterns as well as relative porous borders between Malaysia and its neighboring countries. For instance, Malaysia’s gross national income per capita is US$10,570 compared to $3,440 in Indonesia, and well above other countries such as Bangladesh and Nepal.

Countries that send the largest numbers of migrants to Malaysia tend to have a younger population, which fills gaps in the tight Malaysian labour market. These disparities are likely to still be present in the future and to keep motivating immigration.

To fully take advantage of its potential benefits, the 11th Malaysia Plan states that the immigration management system should be aligned to the human resource development strategy of the country.

International experience from Australia and the UK shows that well-functioning immigration systems are informed by an evidence-based approach. In particular, these countries have developed systems that monitor shortages in different occupations based on labour market data. Such systems are critical in ensuring that foreign workers can fill labour gaps rather than substitute for local workers.

Currently, Malaysia uses a mix of quantity and price restrictions (quotas by sector and levies) to control the influx of foreign workers into the country. Quotas are generally static and do not respond quickly to labour market needs, while levies are a more flexible instrument. However, for the levy system to be effective, it is extremely important to adjust the levels based on labour market signals.

A dynamic levy system that enables the government to appropriately price labour market needs is a desirable instrument to align immigration to the objectives of the country. Such instrument is also necessary to ensure that firms are not limited from filling their labour shortages with migrant labour when there is a real need.

As discussed in the December 2015 issue of The World Bank Malaysia Economic Monitor, immigration can certainly help Malaysia meet its 2020 vision of becoming a high income economy. Countries such as the UK and Australia are examples of economies that have established tools and systems that align immigration to their labour market needs.

In light of this, what can Malaysia learn from the more or less successful experience of other countries? Which reforms would optimise immigration management and better link it to Malaysia’s development?

This article was authored by Rafael Munoz Moreno, The World Bank’s senior country economist for Malaysia. This article first appeared on The World Bank website as Indonesia: New System to Improve Financial Spending and Accountability and is reproduced here with its kind permission.