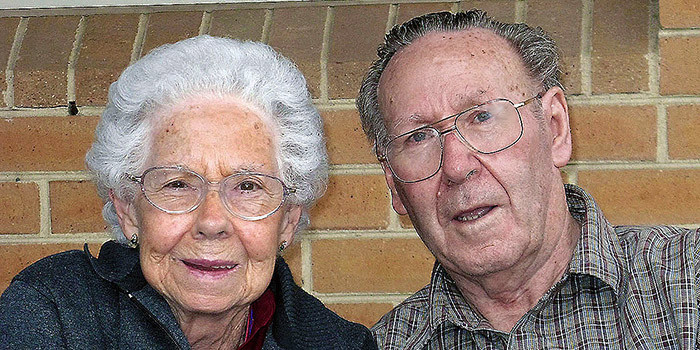 As soon as this week Cambodia is expected to join the small group of Southeast Asian countries tapping in to the rapidly expanding global retiree market with the introduction of a Cambodia retirement visa. This will see it competing with Thailand, Malaysia, and the Philippines which are already well established and popular retirement destinations.

As retirees globally seek to relocate to areas with more affordable costs of living to stretch their often meager retirement savings Cambodia hopes to draw from the world’s increasingly aged societies with its comparatively inexpensive housing, low day-to-day living expenses, and at least with regards to the ability to stay long-term, its stress-free bureaucracy.

Details of what restrictions and requirements will be placed on/ needed for the Cambodia retirement visa have not been officially announced yet while Cambodia foreign missions are still being provided with details. Original plans were for it to come into effect on August 1. However, Sok Veasna, a department director at the Interior Ministry’s general department of immigration said proof of financial stability will be one requirement, along with proof of having retired in their home country.

Unlike the current E-class, or Cambodia ordinary visa, which can be extended for up to 12-months and which enables foreigners to work in the kingdom, the Cambodia retirement visa (officially designated as the Cambodia ER visa) will not allow employment. Multiple entries and exits from the country will be permitted, similar to the E-class visa, though ownership of houses and/ or land will not be allowed.

In neighbouring Thailand a retirement visa (Non Immigrant Visa O-ANon Immigrant Visa O-A) requires a seasoned bank deposit of Bt800,000 (US$22,900) or a deposit and verifiable monthly income equivalent to Bt800,000. In addition a Thailand retirement visa requires a criminal clearance, a health check, and necessitates a report to the immigration department every 90-days.

For the popular Malaysia, My Second Home (MM2H) programme which offers a ten-year visa, applicants must for the first year open a fixed deposit account of RM150,000.00 ($37,059) or show proof of a monthly off-shore government pension of at least RM10,000.00 ($2,470). For the second and subsequent years the minimum fixed term deposit is permitted to drop to RM100,000 ($24,706. Similarly to Thailand a medical clearance is required and applicants must have medical insurance for the duration of their stay in Malaysia.

However, unlike Thailand, MM2H participants are permitted to buy houses, provided the minimum purchase price is RM1 million or above ($247,000). While those aged over 40 are permitted to work part-time, full time employment is prohibited.

Across the South China Sea the Philippines’ Special Resident Retiree’s Visa (SRRV) requires those aged 50 and above to have a bank deposit of $10,000.00 plus a monthly pension of $800.00 for a single applicant and $1,000 for a couple.

This allows an applicant and their spouse to settle in the Philippines, or the applicant and one dependent child aged under 21. Additional children can be included by payment of additional fees. Applicants must pass a medical test at an approved facility and provide a police clearance from their home law enforcement agency.

Philippines’ Special Resident Retiree’s Visa holders are exempted from paying travel tax provided they have not stayed in the Philippines for more than one year and, similarly to the other three countries cannot own land.

One potential drawback for Cambodia in attracting large numbers of aged retirees though is the poor state of the country’s roads and medical facilities. Last year Cambodia Prime Minister Hun Sen kicked off a storm of controversy when he flew to Singapore for an annual medical checkup.

The gold standard in global health care is accreditation by the Joint Commission International (JCI), the oldest and largest standards-setting and accrediting body in health care in the United States. According to the JCI website: ‘No other health care accreditor has as many sets of standards approved and endorsed by the International Society for Quality in Health Care (ISQua).’

In Cambodia’s case the country lacks a single JCI accredited hospital or clinic, compared to more than 50 in Thailand, 13 in Malaysia, and five in the Philippines.

While those requiring urgent transport to hospital have to battle through Bangkok’s horrendous and often unyielding traffic – the problem is so bad Krungsri Bank have created a public awareness campaign in the form of an informercial as part of its corporate social responsibility programme – medical care when you get to most Thailand hospitals in major centers is generally quite competent at a minimum.

In Cambodia this is not always the case, while Khmer drivers have an equally ambivallent attitude to emergency vehicles attempting to force their way through its chaotic traffic. And while there is an air ambulance service available in Cambodia, it is operated by a single fix-wing aircraft, is based in Pnom Penh and requires a minimum 30 minutes notice to get airborne.

One potential solution is for the government to encourage the development of fully independent aged care facilities, for independent, assisted- and full-care residents.

In February a draft policy paper prepared by the Cambodia Ministry of Tourism called for policies that would enable the development of “special residences” throughout the country. The proposal envisages commercial tourist properties and a range of complementary facilities.

“Special tourists” would have the right to buy, rent or sell property in these residences, and also be entitled to longer-term and more flexible visas. Enabling land ownership in these special ‘zones’ is seen as key to attracting the size foreign investment centres catering for the aged would need to invest.

In January Cambodia was ranked 21 out of 23 countries as the world’s best retirement havens by International Living’s 2016 Global Retirement Index, which tagged it as the ‘cheapest place in the world to retire’.

The same survey saw Malaysia tie with Columbia as the tops for affordable healthcare and with Panama as a “food haven”, as well as ranked as the overall fifth best place to retire in 2016 ahead of Thailand at number seven, the Philippines at 17, and Vietnam at 23.

In January the BBCs Capitol programme ranked Malaysia as the third best location globally to retire and Thailand as number seven.

For whatever reason though the popularity of the MM2H programme has seen a dramatic drop over the last few years. From 3,675 approvals in 2013 approved applications last year plummeted by almost 40 per cent to just 2,211. As of April 2016, only 424 participants had been approved.

Despite this Malaysia is said to be the largest destination for Japanese retirees outside of Japan with some 3,872 MM2H visas having been issued to Japanese nationals since the MM2H programme began in 2002.

In May realestate.com.kh, one of the prime sources of real estate news and data in Cambodia reported growing interest in the country as a destination for China’s high-net-worth individuals.

In a January 2015 report specialty Chinese property website Juwai.com noted that ‘more and more Chinese are venturing to park their cash in property overseas… but where next’. Quoting data from the National Association of Realtors the publication said Chinese buyers spent $22 billion on American property last year, almost a 72 per cent increase over 2013.

While noting that Cambodia may not yet be a ‘popular emigration or education destination for most wealthy Chinese, realestate.com.kh said those seeking pure investment opportunities are offered a unique proposition in the rising market of Phnom Penh’.

Coinciding with news of the new Cambodia retirement visa were plans unveiled by the country’s tourism ministry to attempt to lure more elderly tourists. Only 4 per cent of the 4.8 million tourists who visited Cambodia last year were aged 65 or more according to the tourism ministry, something it is keen to improve on.

In an interview with The Phnom Penh Post Chhay Khunlong, deputy director-general for tourism was quoted as saying” “The number of senior tourists will increase in the future, so we need to give more attention to create tourism products and services that reflect [this].” Elderly visitors need to be provided with better access to health care services and easier access to extended visas, he was reported as saying.

With both Malaysia and Thailand well established as Asean centres for medical tourism and desirable retirement locations Cambodia is likely to have its work cut out in attracting significant numbers of health assurance concerned retirees without significant improvements and investment in both healthcare and infrastructure.