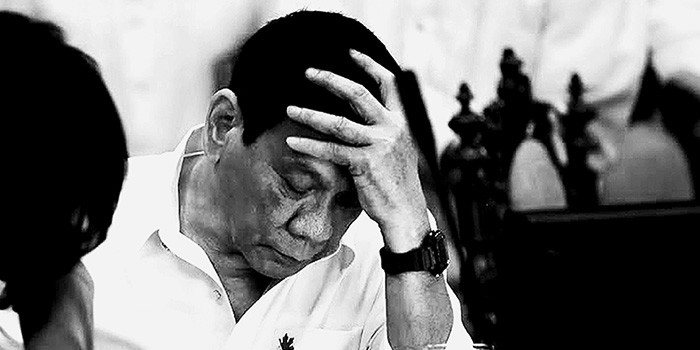 An anti-American tirade by Philippine President Rodrigo Duterte is putting at risk the special relationship the Philippines has with one of its oldest and closest allies at a time when the Philippines needs all of the powerful friends it can get.

United States (US) President Barack Obama cancelled a scheduled bilateral meeting on the sidelines of the Association of Southeast Asian Nations (Asean) Summit in Vientiane, Lao PDR with Mr Duterte over remarks the Philippine leader made prior to leaving for the event.

When questioned on what his response would be to criticism of his bloody war on drugs by the US President, Mr Duterte said he would call Mr Obama a “son of a whore” (anak ng putang ina).

While Mr Duterte later expressed “regret” over his remarks, a troubling pattern is emerging.

This was not the first time that foreign dignitaries and institutions have been subjected to a foul-mouthed verbal assault by Mr Duterte.

Pope Francis, head of the Roman Catholic Church, was similarly called a “son of a whore” by Mr Duterte, head of the third largest Catholic populated country in the world, for the massive traffic jam in Manila caused during his papal visit last year.

More recently the former Davao City Mayor, who is known for punctuating his speeches and statements with invectives has lashed out the United Nations (UN) and its Secretary-General Ban Ki-moon, US Ambassador to the Philippines Philip Goldberg, and Australian Ambassador to the Philippines Amanda Gorely, for criticising some of his policies and statements. (See: Barking At Your Benefactor: Duterte Vs UN )

Local leaders have not been spared either. Mr Duterte has lashed out at Senator Leila de Lima and Chief Justice Lourdes Sereno after they questioned some of his actions and policies.

Mr Duterte has also used the immunity he enjoys from prosecution until the end of his term to ‘name and shame’ politicians and police officials he says are linked to the illegal drug trade, and threatened to name company owners he believes to be tax cheats and ban them from travelling outside of the country.

With just 61 days remaining until the US presidential elections another opportunity for a one-on-one chat with the leader of the world’s largest economy is unlikely, along with it the chance to elicit any executive orders that could benefit the Philippines, particularly in its attempts to regain control of Scarborough Shoal which China seized in 2012.

Up until this week only the US, Australia, and Japan had voiced the view that the Permanent Court of Arbitration (PCA) ruling in The Hague on the Philippines dispute with China on Scarborough Shoal and other South China Sea claims was binding (See: Poisoned Chalice: Why No One Is Rushing to Embrace the PCA South China Sea Ruling)

The softly-softly approach changed on Tuesday when Philippine Foreign Affairs Secretary Perfecto Yasay told Reuters: “When we start formal negotiations or bilateral engagements with China, we will have to do it within the context of the arbitral decision. There are no buts or ifs insofar as our policy on this matter is concerned.”

It’s hard to see how the Armed Forces of the Philippines (AFP) and its predominately lightly armed multi-role response vessels (MRRVs) and puny air force will have much of an intimidatory effect on China should the superpower refuse to budge.

The reality is that the Philippines has benefited immensely from its special relationship with the United States since the two signed a Mutual Defense Treaty in 1951.

The Philippines receives about P9.3 billion ($200 million) in US economic and military assistance from US each year, the bulk of it for humanitarian programmes involving food security, health, livelihood, and infrastructure. American money and visiting US armed forces personnel have built many schools, hospitals, roads, bridges, and other vital infrastructure in the Philippines.

The AFP has also benefited with much of its equipment, including its most potent naval assets, two Hamilton-Class endurance cutters, UH-1H Huey helicopters, V-150 armored personnel carriers, M35 6×6 trucks, and M-101 105 mm howitzers being US military hand-me-downs.

While a pullout of American businesses from the Philippines is unlikely, there is unlikely to be no blow-back.

According to Quartz the foul mouth and erratic behaviour of the Philippines president is already having a negative effect on foreign investors. ‘Philippine equities are slipping as markets elsewhere in the region continue to climb. Over the past month or so foreign investors have pulled out some $400 million from the market, a sharp reversal from before’ the publication notes.

Placing the blame firmly on the more than 2,400 alleged drug traffickers and dealers killed – the majority by vigilantes – since he took office in June, the publication notes that while the ‘fast-growing Philippine economy is attractive to investors, the new president’s erratic behaviour is not’.

One has only to look at Myanmar and Vietnam to see how improved relations with the US has run parallel with rising national prosperity. American businesses operating in Southeast Asia now nominate Vietnam as their most preferred location to expand into (See: American firms in Asean Put Vietnam as Preferred Expansion Location)

While some members of Mr Duterte’s own party and others wishing to endear themselves applauded his nationalistic, stance against the Philippines’ former colonial power, others were equally aghast at the situation.

Democratic presidential candidate Hillary Clinton expressed support for Mr Obama. “When the president of the Philippines insulted our president, it was appropriate and a very low-key way to say, ‘sorry, no meeting,” Ms Clinton told the media.

“That style of bullying should not be allowed. That kind of offensive and intemperate language does not only demean himself, but it demeans his office and even the country in the eyes of the world,” she said.

Another critic, Sen. Antonio Trillanes, was quoted as saying: “It will definitely have detrimental effects on our diplomatic relationship and alliance with the US. You don’t just slap the face of the most powerful country in the world and get away with it”.

There is a saying that one should ‘engage brain before mouth into gear’. It’s a mantra Mr Duterte should adopt before his foul mouthed, abusive tirades costs the Philippines more than an opportunity to cosy up with the one person it needs if Scarborough Shoal isn’t to become permanently known as Huangyan (Yellow Rock) Island.