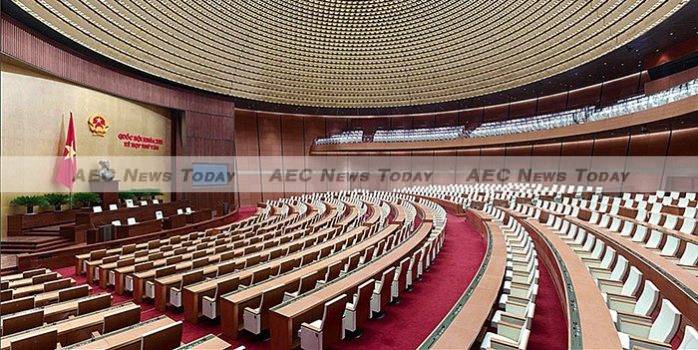 In single-party Communist Vietnam there is little in the way of political uncertainty. Decisions are made in committees behind closed doors and delivered to the public via state-controlled media, while the party portrays an image of calm, complete control.

It was surprising, therefore, that the lead-up to the recently concluded 12th Party Congress featured a public power struggle between Nguyen Tan Dung, the reigning prime minister, and Nguyen Phu Trong, the party general secretary.

Mr Dung had already served the maximum two terms as prime minister and was aiming for the general secretary role, while Trong wanted another term in the position.

This competition pitted the younger, pro-business, reformist Mr Dung and his supporters against Mr Trong and his powerful allies in the party’s aging, more conservative elite.

During his tenure Mr Dung embraced closer ties with the United States and led Vietnam into the Trans-Pacific Partnership (TPP), a massive trade agreement among Pacific Rim countries that excludes China.

Mr Dung gained popularity among the Vietnamese by speaking out against China for its actions in the disputed East Sea, whereas Mr Trong is seen as more traditionally close to China, which remains Vietnam’s largest trading partner by far.

Vietnam’s economy expanded rapidly under Mr Dung, increasing more than six per cent in 2015 after several strong years of growth, a trend that is forecast to continue.

Despite Dung’s credentials, he was left off the list of 200 Communist officials elected to the new party central committee at the start of the Party Congress, effectively ending his campaign for general secretary and putting his entire future in politics in doubt.

Mr Trong, who is said to have disapproved of Mr Dung’s ambition, was re-elected as general secretary, while Nguyen Xuan Phuc, the vice prime minister, moved into Mr  Dung’s position.

Much has been made about Mr Trong’s warmer view towards China compared to Mr Dung. However, last July, Mr Trong became the first general secretary of the Vietnamese Communist Party to visit the White House, where he discussed the East Sea and defence issues with President Barack Obama, a major move in line with the warming relations between the former combatants.

Business As Usual For Vietnam After Party Congress

Some commentators expressed concerns that Mr Dung’s ouster would imperil economic reforms and further international integration, but since the Party Congress ended it has become clear that Vietnam will continue the economic policies it has been following for the last several years.

The 2016-2020 blueprint calls for favourable conditions to support the private sector, which is far more productive than the bloated state-run enterprises (SOEs) that have caused the country headaches for years.

In his first speech after re-election Mr Trong noted that the “private sector is an important engine of the economy”, while stressing the need for more supporting policies.

Further assurance came from Deputy Foreign Minister Le Hoai Trung, who said “the message is that we will continue with our economic reforms, even though we know there are challenges. The reforms have brought about historic and significant results, so we will go forward with it.”

This will come as welcome news to foreign investors already active in Vietnam, as well as to those looking to enter the country.

Foreign direct investment (FDI) in Vietnam has surged of late, with new FDI pledges reaching US$11 billion from January to September 2015, a 44.5 per cent increase from the previous year.

Prominent multinationals such as Samsung, LG, Microsoft and Intel have embarked on major expansion plans, with Samsung alone accounting for $3 billion in new investment.