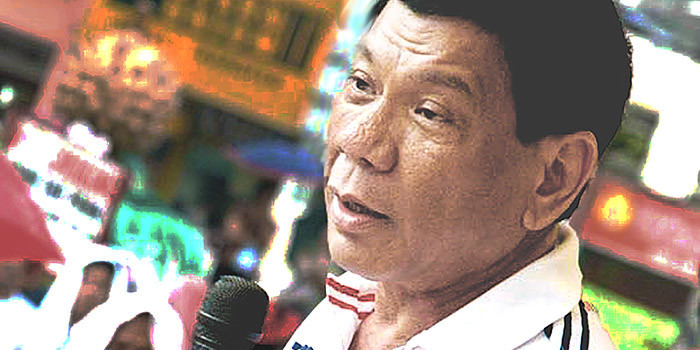 Now that he is at the helm of the Philippine government the question that remains is: Will President Rodrigo Duterte be able to fulfill the campaign promises he made to the Filipino people during his election campaign and immediately after taking office?

Zeroing in on Filipino citizens frustration with crime and corruption, the tough-talking former Davao City mayor’s unlikely quest for the presidency became a reality on June 30, 2016 when he was sworn in as the Philippines’ 16th president.

Marked by tough, often profanity-laced anti-crime rhetoric and promises to bring the government closer to the people and end a culture of crime and corruption that has bedeviled the country of 100 million people for so long, his quest for the presidency was also punctuated by some expensive campaign promises, not the least of which was to to double the basic salary of the Philippine National Police (PNP) and the Armed Forces of the Philippines (AFP) in his first year in office.

Other campaign promises made by the new president include:

The same campaign promises were restated when Mr Duterte delivered his first State of the Nation Address (Sona) on July 25.

While international headline catching headway has been made in the President’s war on drugs – more than 420 people have been killed so far – other campaign promises appear headed for nowhere with the exception of the country’s mining industry which is now subject to an intensive environmental compliance certificates (EEC) audit (See: Philippine Mining Sector: Polluting Mines to be Closed).

The biggest blow to Mr Duterte’s bag of campaign promises to date though came when Budget Secretary Benjamin Diokno announced on July 14 that despite the national budget increasing by 11.59 per cent this year to P3.350 trillion (US$71.444 billion*) from P3.002 ($64.406) for 2016, there was no extra money to give the AFP and PNP their promised salary increases.

Interviewed by the Philippine Daily Inquirer Mr Diokno was quoted as saying “there’s none; it’s not included”, when asked about budget provision for the salary increase of soldiers and police promised by the President.

Mr Diokno cited other pressing financial issues involving the AFP and PNP that need to be addressed before the President’s campaign promise to double the basic pay of entry level policemen to P50,000 ($1,073) and double the take home pay for entry level soldiers would be met. For the PNP alone, it would cost the government an additional P50 billion ($1.06 billion) to pay for the proposed salary increase, he said.

The President justified the proposed salary increase for soldiers and police by saying that a bigger income for such personnel will dissuade them from engaging in illegal activities.

It is common knowledge that many police and military personnel in the Philippines are involved in illegal activities such as extortion and protecting illegal drug syndicates. Low pay has been cited as the number one reason why they engage in such activities.

The lack of money in the national budget for the AFP and PNP hasn’t stopped the free spending Mr Duterte from making similar unfunded promises since. On July 28, just 11 days after the police and military found out via the media that their promised pay rises weren’t going to occur, he promised salary increase for more than 500,000 public schools teachers.

In announcing his plan to increase the salary of teachers Mr Duterte did not mention where the money to pay for it will come from, creating fears that like with the police and military, the government’s vaults are devoid of sufficient cash to meet the undertaking. A plan to incrementally increase the salaries of soldiers commencing this month also failed to materialise.

While the Duterte Administration is just in its infancy – it still has more than five years  to run – it remains to be seen if Mr Duterte can fulfil his campaign promises, or if they fall by the wayside as has occurred so often in the past with politicians who have sought the highest elected office in the country on a raft of campaign promises that failed to be implemented following their election victory.