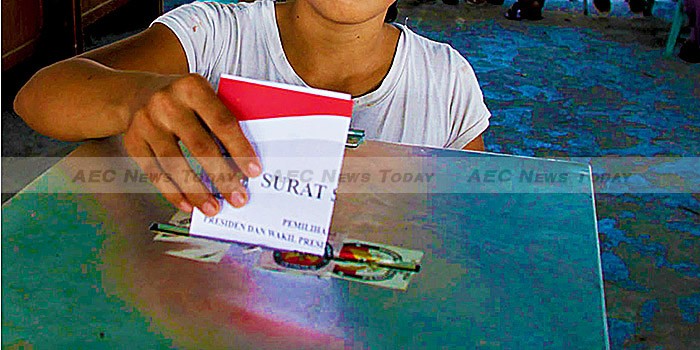 On December 9, Indonesia will have its first simultaneous local executive elections to elect governors, district heads and mayors in 269 localities (out of 537) across Indonesia. While direct election of local executives has been held since 2004, this is the first time these elections will be held simultaneously on a single day.

This change was instituted in the new Local Government Elections Law enacted in March 2015. The National Elections Commission (Komisi Pemilihan Umum (KPU)), which is tasked with administering national and local-level elections in Indonesia, supports the legislation, arguing that it is cheaper, more efficient and more practical. Indonesia local elections under the previous electoral regime are considered to be expensive and vulnerable to ‘vote buying’ and other forms of electoral irregularities.

But the scheduled simultaneous Indonesia local elections are unlikely to meet any of the above goals. To begin with, while local governments are mandated to allocate Rp7 trillion (US$477,677 million*) to cover election-related expenses in their respective localities, actual election costs could be much higher. Some districts have reported that total expenses have doubled, and in some cases even tripled.

According to a report by State Auditing Agency (Badan Pemeriksaan Keuangan (BPK)) this might be due to the lack of ‘adequate human resources and administrative guidelines’ which encourages overspending by candidates and local bureaucrats. Thus, the KPU’s goal of reducing the cost of Indonesia local elections is unlikely to be met just by holding them simultaneously.

My study during the 2014 Indonesia General Election indicates that local legislative candidates paid each potential voter between Rp50,000 to Rp60,000 rupiahs (US$ 3.41 to US$4.09*). Surveyed voters indicated that they were more likely to vote for the candidate that was willing to give them the most money.

With ‘money politics’ now seemingly institutionalised in both national and local elections, numerous local executive candidates can be expected to engage in such practices during this December’s elections.

Rigid nomination requirements for local executive candidates and the increasing personalisation of local executive elections, also mean that only a small number of potential candidates with broad name recognition and substantial campaign finances really have a chance.

Candidates in Indonesia local elections are legally required to be nominated by political parties that hold at least 20 per cent of seats in the local parliament (Dewan Perwakilan Rakyat Daerah (DPRD)), or who won 25 per cent of valid votes cast in the previous Indonesia local elections. This means that the only candidates likely to be nominated are those who can form a broad coalition with parties that are represented in the DPRD.

Often successful nominees are incumbent governors, district heads and mayors. They have all the advantages their incumbent status can provide, ranging from popular name recognition and the ability to channel government resources to the constituencies crucial for their electoral successes. As a result, a number of popular incumbents, such as Mayor Tri Rismaharini from Surabaya, will be re-elected without any real opposition.

A growing number of candidates are the spouses, children or other relatives of previous incumbents, taking advantage of their popular name recognition. These include the mayors of Pekalongan (Central Java) and Sibolga (North Sumatra), as well as the district heads of East Kutai (East Kalimantan) and Ogan Ilir (South Sumatra).

Indonesia local election rules which promote the dominance of incumbents, their families, and well-funded political candidates are increasingly depriving Indonesian voters of a wider set of potential choices in local executive elections.

Holding simultaneous Indonesia local elections was designed to promote better financial efficiency and governance of local executive elections. But, it is unlikely to achieve these goals, and could potentially make matters much worse.

Alexander R. Arifianto is a research fellow with the Indonesia Programme, S Rajaratnam School of International Studies (RSIS), Nanyang Technological University, Singapore. This article first appeared on East Asia Forum under a Creative Commons license and is reproduced here with its permission.

*Indonesia rupiah to US dollar conversions at current rates.