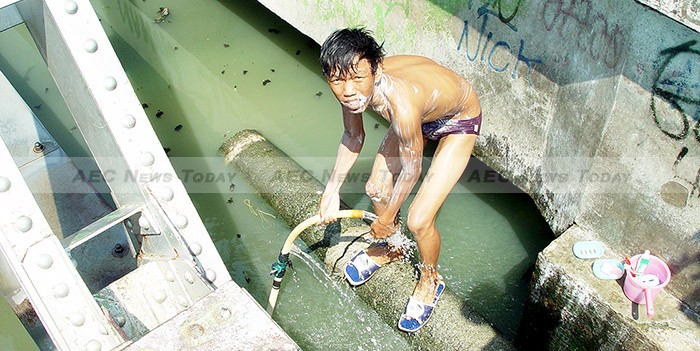 Indonesia became a middle-income country in 2004. Indonesia’s growth rates — while superior to those of most developing countries — remain below those of East Asia’s most dynamic economies. So why hasn’t the country grown faster still and why does growth appear slower in the democratic era than that of Soeharto?

Few countries have experienced such dramatic changes in economic fortunes and political governance as Indonesia. A ‘chronic economic dropout’ in the mid-1960s, it took a remarkable turnaround and three decades for Indonesia to join East Asia’s miracle economies in the 1990s. But having graduated to middle-income status — when rapid, East Asian style economic development seemed assured — Indonesia experienced another discontinuity: the Asian financial crisis (AFC). This collapse was accompanied by, and indeed triggered, a political crisis, with the sudden end of the 32-year rule of president Soeharto in 1998. The economy seemed in free fall.

But, as in the mid-1960s, the doomsayers were wrong. Indonesia’s economy quickly bounced back and it quickly emerged as Southeast Asia’s most vibrant democracy, in which ‘big bang’ decentralisation devolved much administrative, financial and political power to sub-national governments.

It was one of the most comprehensive and rapid reconstructions of a country’s political institutions and processes in recent times, with only a brief loss of economic momentum.

With this record of economic and political dynamism, the notion of a middle income trap in Indonesia hardly appears relevant. If growth rates from the last 15 years continue, Indonesia will graduate to the high-income group within half a century.

At the same time there are some key, if unquantifiable, challenges holding back stronger growth in Indonesia.

The Indonesian public has long been reluctant to embrace liberalism and globalisation. On this issue the pendulum swung from global disengagement in the early 1960s to an open regime in the late 1960s to growing state intervention during the 1970s oil boom before major deregulation from the mid-1980s. With persistently pro- and anti-reform currents, Indonesia has remained reasonably open since this time.

Meanwhile, Indonesia continues to underperform in the crucial area of connecting to global value chains. These account for almost half of trade within Asean, but Indonesia remains a relatively minor participant.

The reasons for this under-performance are well known and amenable to policy intervention. Participating in these chains requires open trade and investment regimes, highly efficient logistics infrastructure and competitive labour inputs. In these three key areas, Indonesia lags.

In education Indonesia has achieved impressive gains since the 1970s. The country is now close to reaching universal literacy for its school-aged population and there is a general commitment to funding, with a 20 per cent mandate on the government’s budget. But the country lags in terms of high post-primary dropout rates and according to most comparative ‘quality’ indicators, such as international examinations.

Major challenges in higher education will become more pressing as Indonesia progresses through the ranks of the middle-income group. This sector is growing rapidly, but the government only spends 0.3 per cent of GDP on its historically state-operated universities.

While most of the growth must thus come with private involvement, the government remains ambivalent about deregulating and internationalising the system. The quality of tertiary education is highly variable, with no institutions featuring prominently in international comparisons.

Increased labour market regulation and slower growth resulted in anaemic formal sector employment growth, especially in the manufacturing sector, which had been a key source of dynamic growth. As a result Indonesia lost competitiveness in international markets for labour-intensive manufactures.

Indonesia’s Infrastructure Behind All Except Philippines

Then there’s infrastructure. Here Indonesia’s problems are intensively studied and of high political priority. The problem is that inter-island transport costs are very high. This pushes up the general cost structure, particularly for remote areas, leading to large inter-regional price differences. On logistics performance, Indonesia lags all Asean neighbours bar the Philippines.

Underinvestment has contributed to the low quality and quantity of infrastructure. As a percentage of GDP, Indonesia’s infrastructure expenditure is about half of that in the Soeharto era and in other high-growth East Asian economies. Regulatory constraints on competition and efficient service provision compound these problems, as does a strong post-AFC aversion to foreign borrowing, which means successive governments have not availed themselves of much of the long-term concessional finance on offer.

From a longer-term perspective, Indonesia is in the early stages of establishing a democratic consensus around the institutions needed for a prosperous, equitable and internationally-oriented economy. Substantial challenges remain in the country’s legal system, which are closely tied to fighting corruption, increasing bureaucratic efficiency and improving local-level governance.

Indonesia has only recently graduated to middle-income status. And while moderately strong economic growth means that is not in any sense ‘trapped’, it will have to overcome the problems holding back its growth as it moves up through the middle-income ranks. Fortunately, all of these issues are amenable to relatively straightforward policy reforms.

This article was jointly written by Hal Hill, a professor of economics at the Australian National University and Haryo Aswicahyono, a researcher in the Department of Economics at the Centre for International and Strategic Studies (CSIS), Jakarta. It first appeared on East Asia Forum under a Creative Commons license and is reproduced here with its permission

This article summarises a paper prepared for the Pacific Trade and Development Conference.