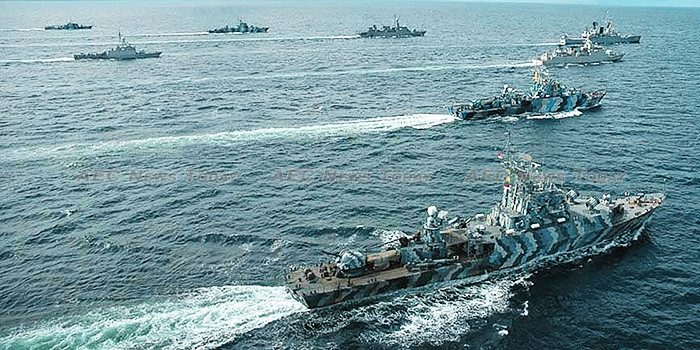 With Southeast Asian nations facing a deteriorating external security environment and increasing Chinese maritime assertiveness, many commentators have predicted a widespread naval expansion in the region. To date these predictions have failed to materialise. Rather, there has been a stagnation in the development of Asean’s navies. This can, with some irony, be explained by examining the region’s armies.

While there have been some capability increases across Asean’s navies, such as in submarines, most of the growth has been isolated to smaller classes such as patrol boats and fast attack craft. The number of larger offshore surface combatants — such as frigates — have fallen across the board. In personnel terms, Asean’s navies remain proportionally small — on average about a fifth of the size of their army brethren. By contrast, Western navies are on average close to half the size of their land force counterparts.

While Southeast Asia is a maritime region in geographical terms, history has led to a bias in the region’s militaries towards land forces. And governments have had little power to change this.

No Growth in Asean Navies For 65 Years

Indonesia, Thailand, and Myanmar have three of Asean’s largest militaries (See: GFP 2016 Ranks Indonesia As Asia-Pacific’s Military Might). They are also countries in which the dominance of the army has diminished the navy’s growth prospects.

Data from the Stockholm International Peace Research Institute (SIPRI)’s arms trade database from 1950 to 2015 show no consistent growth in their navies’ share of defence imports. Because Asean countries lack indigenous defence industry, share of imports is a good indication of defence spending priorities.

In both Thailand and Indonesia military decisions during early statehood set their armies on a path to prominence. While attempting to deter colonial powers, Thailand embarked on a significant expansion of its army through introducing conscription and building a 10-division land force.

Similarly, Indonesia defeated its erstwhile Dutch colonisers through implementing an army-led territorial strategy so successful it determined the structure of the Indonesian National Armed Forces (TNI).

On the other hand, Myanmar’s cohesive indigenous army was developed while the country was under Japanese occupation in World War II.

Over the course of decades, army prominence has become army dominance. In both Thailand and Myanmar, the growth of their armies’ political power has rendered their positions virtually impregnable. Army officers dominate key positions in defence ministries, and the armies control and consume most of the military budget. Elected governments are not strong enough to transform this situation.

In Indonesia for instance, the territorial system continues to provide the Indonesian army with political influence throughout the archipelago and at the national level, regardless of its formal withdrawal from politics. Its power has barely been dented by the consolidation of Indonesia’s democratic processes.

Dominance by Asean’s armies means that Asean navy development, if it is to occur at all, cannot be at the expense of the army. Goldrick and McCaffrie admit that ‘short of extraordinary changes in a country’s security position’, Asean’s navies will receive only their fixed share of resources.

While this share will allow Asean’s navies niche modernisation, it seems unlikely to furnish significant expansion unless both economic growth and high defence spending return to the levels of the 1990s. With the current state of global growth, this seems unlikely.

Policymakers must therefore be cautious when assessing the prospects of declared navy expansion programs. In the mid-1990s, Thailand announced plans for a significant regional navy, but in 2015 the Royal Thai Navy had fewer personnel, fewer frigates, no submarines, and an aircraft carrier that rarely went to sea. Indonesia’s Global Maritime Fulcrum policy promised a larger green water navy, but programming challenges alone have caused huge delays in the project.

There are broader implications. Without a strategic shock, Asean nations won’t develop substantial capacities for sea denial, let alone sea control or force projection, any time soon. While that will be stabilising locally, further afield it suggests that the burden of balancing China will continue to be borne by the navies of Japan, the United States and possibly India.

This article was written by Greg Raymond, a Research Fellow at the Strategic and Defence Studies Centre, The Australian National University. It first appeared on East Asia Forum under a Creative Commons license and is reproduced here with its permission.

This article is based on a longer paper, Naval Modernization in Southeast Asia: Under the Shadow of Army Dominance?, available in the April 2017 volume of Contemporary Southeast Asia.