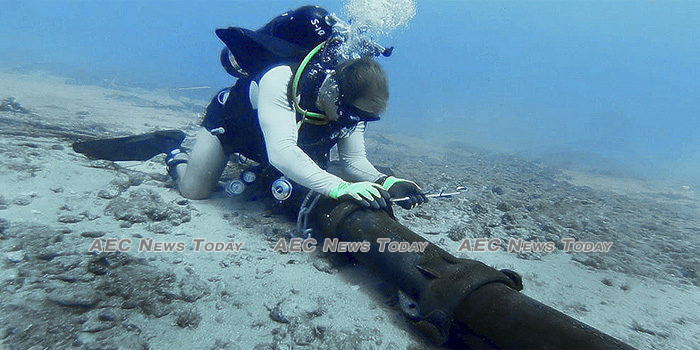 Vietnam’s high level of digital penetration has been a saving grace during the COVID-19 lockdown, enabling home-based work, e-learning, and e-Commerce to thrive.

It has been a somewhat different situation for those using international online services though, with the two main submarine cables carrying internet traffic into and out of Vietnam suffering a series of failures that are yet to be rectified.

The effect for internet users in Vietnam, Cambodia, and Lao PDR has been slower and more erratic than normal online services, with mail and messaging services, mobile apps, social media sites, and websites experiencing a range of malfunctions and connectivity issues. Reports of Gmail refusing to open, Facebook and website pages not loading, and video conference calls or videos freezing, or just not working at all, are common.

While damage to one of the six in-service submarine cables coming out of Vietnam is not uncommon, for the two largest capacity cables to be damaged at the same time is, causing internet service providers (ISPs) to scramble to redirect traffic over the remaining four, and a 120 Gbit channel that runs overland through China.

The most recent round of problems began with the Asia-Pacific Gateway (APG) on April 20 which saw three days of disrupted service after the network manager reset its configuration. On May 23 the entire system ground to a halt due to an as yet to be identified problem.

The fault in the 10,400 kilometer (about 6,500 mile) long APG, the fourth this year, came one week after the 20,000 km (12,500 mi) fibre optic Asia America Gateway (AAG) cable suffered a breakdown on the S1H section connecting Vietnam with Hong Kong. This less than a month after repairs were completed on an earlier fault.

Carrying more than 60 per cent of Vietnam’s international internet traffic, the almost 12-year-old strife-prone AAG provides data speeds of 5.2 Tbps, while the equally trouble plagued APG has a bandwidth of 54 Tbps, the highest of any network in Asia.

AAG may be repaired June 6

An employee of the Viet Nam Posts and Telecommunications (VNPT) Group who declined to be identified as they were not authorised to make public statements, told AEC News Today that work on repairing the S1H section of the AAG had originally been expected to be completed today, June 2. However, additional problems are now expected to see repairs take until June 6 to complete.

The VNPT employee was unable to provide any estimate on when the APG was expected to be repaired, saying “they are still looking for it [the fault].

Running under the Pacific Ocean and linking eight countries and territories, including Malaysia, Thailand, and Singapore, the APG began operation in December 2016 at a cost of $450 million. Vietnamese ISPs currently using the APG are VNPT, Viettel, FPT Telecom, and CMC Telecom.

Its older sibling, the AAG, commenced operation in 2009, but underwent a systems upgrade in 2014. It passes through Malaysia, Singapore, Thailand, Vietnam, Brunei, Hong Kong, the Philippines, and the USA (Guam, Hawaii, and California).

According to the April 2020 Speedtest report Vietnam recorded and average broadband download speed of 47.66 Mbps, significantly slower than the 198.46 Mbps recorded in Singapore, 159.87 Mbps in Thailand, and Malaysia’s 79.87 Mbps.