The needs of people begin to overshadow the need for airlines 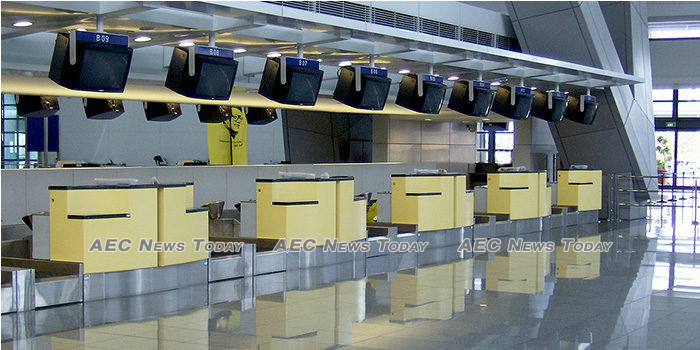 Domestic and international travel bans resulting from the COVID-19 pandemic have grounded more than 66 per cent of the world’s passenger aircraft leaving governments scrambling to prevent airlines from going out of business.

Globally governments have so far stumped up more than $85 billion in loans, grants, and subsidies to prop up the civil aviation industry, with regional players no less affected than those in Europe, the US or Australia.

According to the Air Carriers Association of the Philippines (ACAP) the civil aviation industry there has a cash burn of PHP7 billion (about US$138 mln) per month before an aircraft leaves the ground.

Detailing a request for financial assistance during an online senate hearing last Tuesday (May 12), ACAP vice chairman, Roberto Lim, said the Philippine civil aviation sector needed a monthly subsidy of PHP8.6 billion (US$169.7 mln) if it was to survive through the current restrictions.

Mr Lim told the inquiry the industry employs some 25,000 people, with more than 500,000 people in allied industries benefiting from a robust civil aviation sector.

However, even with the subsidies, Mr Lim said that carriers were projecting that less than 30 per cent of the previously serviced network and capacity would return this year.

Citing a recent forecast by the International Air Transport Association’s (IATA) which forecast the Philippine airline industry to lose some $4.48 billion and some 548,300 jobs this year, Mr Lim said recovery would be slow due to consumer confidence having plummeted.

THAI to head to bankruptcy court

In Thailand the situation is similar where perennial loss-making national flag carrier Thai Airways International (THAI) is seeking as much as a THB134 billion (US$4.1 bln) bailout.

After weeks of toing and froing as to how the airline and its 22,000 staff can be saved, a Bloomberg News report earlier today (May 18) said that the airline will seek to restructure through a bankruptcy filing, with a THB58.1 billion ($1.8 bln) restructuring plan to enable it to continue operating for the next five months due to be considered by the Thai Cabinet tomorrow, May 19.

In Indonesia the good-governance challenged PT Garuda Indonesia is also seeking a government lifeline to cope with debt payments next month of more than $500 million, while most of its 142 aircraft sit idle on the tarmac.

According to Bloomberg News the government there is drafting a $1 billion bailout scheme which would see the debt restructured and a similar amount provided as working capital.

However, with the number of people lining up for basic food assistance as an increasing number of businesses close their doors either due to government lockdowns and curfews or supply chain disruption, more than a few are questioning whether pouring funds into an industry that is currently experiencing demand equivalent to 2006 is the wisest move.

While not unsympathetic to the pain being felt by the industry, Philippine Senator Grace Poe said during last week’s Senate hearing said that priority should be placed on the thousands of daily wage earners and public utility vehicle (PUV) drivers who are in a more vulnerable position due to the pandemic.

Noting that many jeepney and tricycle drivers who have been forced to stay at home during the lockdown have not yet received the government’s promised financial assistance, she said it is likely the government does not have enough resources to save airlines.

“It’s frustrating, because people will die not only due to the virus, but also because of hunger and depression”, she said.

Voicing similar views, Senator Panfilo Lacson said it was important for the government to first act on the financial concerns of the “hand-to-mouths”, who lost their source of income due to the fight to combat the pandemic, and that “airlines’ rescue should be secondary”.

A matter of life or death

Similarly not loosening the purse strings too easily is Thai Prime Minister General Prayuth Chan-o-cha, who has been demanding THAI present a full and complete restructuring plan before a single satang will be provided.

Describing the need for rehabilitation as a matter of life or death, General Chan-o-cha last week told THAI management and labour unions to work together, warning that “[If the plan fails] there will be no jobs, no workers or no wages to pay. This would be a total flop.

Taking a similar hardline is Thailand Transport Minister Saksayam Chidchob, who said “the [THAI] plan needs to be clear, because the money is from public taxes … especially when the country needs to use budget for managing the virus and assisting the public”.

With daily images of long snaking queues of people waiting for food hand-outs, Thai netizens are also challenging the need to save an airline at a time when people are going to bed hungry or suiciding due to financial concerns.

“Use the money to develop education, Thais will benefit. But use the money to rescue Thai Airways when people are suffering, what do Thai people get? student activist, Tanawat Wongchai, posted on Twitter.