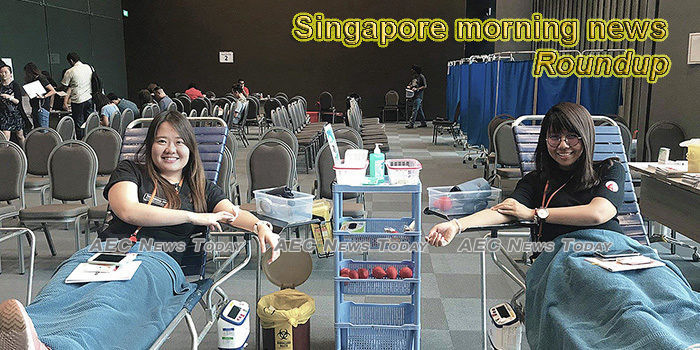 Graph shows how Singapore conducts far less tests per confirmed COVID-19 case than other countries
According to data collated by statistics site Our World in Data, Singapore has conducted an average of 7.6 tests for each confirmed case since the COVID-19 outbreak started.
— The Online Citizen

Spike in dengue cases: Why Singapore may see worst outbreak in years
A confluence of warm and rainy weather, a shift in the dominant dengue strain and the circuit breaker could have resulted in a surge in dengue cases in recent months, an expert has said.
— Channel NewsAsia (very annoying popups)

People’s rights infringed: Petition created to reject the use of wearable contact tracing device
After reporting that the TraceTogether mobile application could not work well on certain mobile operating systems, Minister-in-charge of the Smart Nation Initiative Vivian Balakrishnan revealed in Parliament that the Government is developing a “wearable and portable” device for contact tracing.
— The Online Citizen

Coronavirus: Table shields could be used when dining at eateries is allowed
Acrylic table shields might be a regular sight at food and beverage (F&B) establishments when dining in is allowed again during phase two of the post-circuit breaker reopening.
— Straits Times (annoying popups)

Situation for female family caregivers has grown more dire during COVID-19, according to survey by SAWA
Family caregivers in Singapore shoulder a heavier care burden amid the COVID-19 pandemic, while their incomes decrease and out-of pocket expenditures rise.
— The Online Citizen

Central bank’s training subsidy amid pandemic benefited some 4,700 trainees in two months
About 4,700 trainees have received subsidies to upgrade their skills amid the pandemic downturn.
— Straits Times (annoying popups)

COVID-19: Koufu to test ‘table shields’ for safe dining at Thomson Plaza food court
Tables at Koufu food court at Thomson Plaza will soon have shields installed on them, as part of a trial to create a safe way for people to dine in at eateries during Phase 2 of Singapore’s post-circuit breaker period.
— Channel NewsAsia (very annoying popups)

Major gaming festival in S’pore postponed till next year
Gaming fans excited about a major gaming festival due to take place for the first time here in October will have to hit the pause button as it has been postponed due to concerns over the Covid-19 pandemic.
— Straits Times (annoying popups)

Commentary: The systematic testing Singapore needs to ditch circuit breakers for good
A system of testing may be expensive but will be less costly than if circuit breakers have to be slapped on again, say NUS Business School’s Neo Kok Beng and Jia Zhunan.
— Channel NewsAsia (very annoying popups)

Urban plans, business practices will have to change: Lawrence Wong
WITH Covid-19 transforming the way people live and work, Singapore’s urban plans and building designs will need to change, and companies will have to find new, safer ways to deliver products and services, Minister for National Development Lawrence Wong has said.
— The Business Times

Performers eye return to the stage, say digital arts content not sustainable in the long run
While there has been a greater push for the arts to move online amid the COVID-19 pandemic, the digitalisation of performances and other material may not be sustainable in the long term, said members of the arts community.
— Channel NewsAsia (very annoying popups)

UBS commits to creating 300 jobs under new 18-month training scheme to build financial services skills
About 300 jobs for local fresh graduates and mid-career workerswill be created in UBS over the next 18 months in a move to support job seekers during the coronavirus pandemic, the Swiss bank said on Wednesday (June 10).
— Straits Times (annoying popups)

Doctor originally accused of rape is acquitted of all charges after Court of Appeal overturns convictions
A doctor accused of raping a patient five years ago in his Bedok clinic was acquitted of all charges against him on Wednesday (Jun 10), after the Court of Appeal agreed with the defence that convicting the man on sexual assault when he was tried for rape is highly prejudicial.
— Channel NewsAsia (very annoying popups)

Jail for man who smashed neighbours’ windows after thinking they smoked during circuit breaker period
Angered by what he thought was cigarette smoke wafting from his neighbours’ flats, a man smashed their windows with a golf club, causing a woman to be cut by a glass shard.
— Channel NewsAsia (very annoying popups)