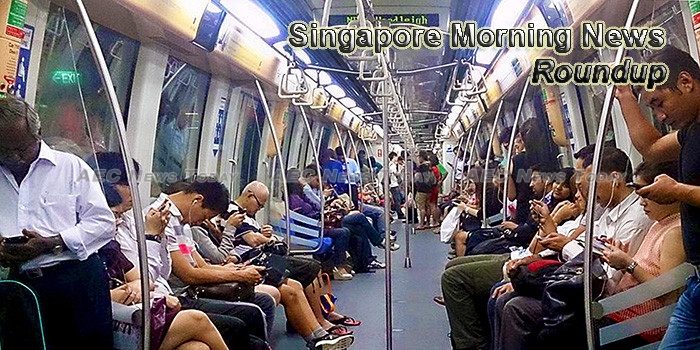 Tencent-backed Garena raises $550m in new funding, rebrands as Sea
Garena has rebranded as Sea Ltd. after Southeast Asia’s most valuable startup secured $550 million in funds to step up a battle with Chinese e-commerce giant Alibaba and other players in Indonesia.
— Deal Street Asia

S’pore to gain importance as trading hub as LNG becomes commoditised
SINGAPORE will have a greater role to play in the liquefied natural gas (LNG) trade as the product becomes more commoditised, according to an IE Singapore official.
— The Business Times

Drug users turning to apps to get their fix
It used to be the case that a drug abuser needed to know a dealer personally, or had to risk getting caught red-handed by turning up at shady spots, in order to score a hit.
— Today Online

Stocks to watch: OUE, LHN, Addvalue, A-Sonic
It has reported an 85 per cent surge in net profit for the first quarter ended March 31 to S$15.4 million on the back of stronger revenue, reversal of impairment losses on OUE Twin Peaks and lower finance expenses.
— The Business Times

New drugs designed to avoid easy detection
A rapidly growing number of new drugs, with snazzy street names such as K2, Meow Meow and Spice, have been outlawed here.
— The Straits Times

PH warship joins Singapore Navy’s fete
The BRP Gregorio del Pilar has embarked on a voyage to Singapore to join the 50th anniversary celebration of the city-state’s navy later this month.
— Inquirer.net