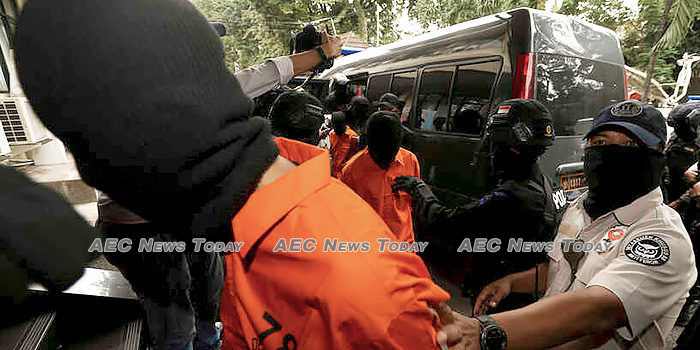 More than 1,100 suspected terrorists have been arrested in Indonesia since 2015, with more killed in counter-terrorism operations or during attacks. As of 2018 there was 432 terrorist inmates housed across 117 prisons, with hundreds of others undergoing or awaiting trial.

However, while the Indonesian government is successfully enforcing its anti-terrorism law, the proliferation of extremist charities continues to expose the families of incarcerated or slain militants to extremist influence.

Providing stipends and financial assistance to militants’ families is part of the organisational expenses of terrorist groups.

This is to support the militant — typically male and the sole breadwinner in the family — in focusing on his militant objectives without worrying about the welfare of his family.

For example, US$15,000 out of US$100,000 sent by al-Qaeda to Jemaah Islamiyah in 2003 was allocated to support the families of arrested group members.

In recent years numerous informal so-called Islamic State (IS) charities have emerged, partly due to increased demand; between 2015–2019 there were more arrests than in 2002–2013.

These charities facilitate family visits to prisons, inmates’ trips to their hometown upon completion of their sentences, and provide inmates with meals. They also sponsor the families’ healthcare and education expenses and provide capital for setting up businesses.

One ACC donor was an Indonesian maid working in Singapore, recently charged with terrorism financing.

Those that have provided financial assistance to families of JAD and MIT members in recent years include the Infak Dakwah Centre (IDC) and Gerakan Sehari Seribu (GASHIBU) — the most well established extremist charities, having been around since 2011.

The exact number of pro-IS charities is unknown due to the multiple and independent fundraising efforts by IS partisans, however, between 2016 and 2017 there was at least 15 pro-IS charitie,s including those specialising in educating members’ children.

The figure has fluctuated over the years, partly due to arrests of administrators or internal conflicts — including corruption — leading to the splintering of some charities.

The number of extremist charities in Indonesia will likely continue to increase due to a number of factors. Such charities play a key role in sustaining the ideological struggle of the jihadist movement by providing financial and other support to members and their families.

This is highlighted when the financial ledgers of extremist charities are scrutinised. According to terrorism expert Bruce Hoffman, the endurance of terrorist groups is also connected to the level of sustenance and financial support they receive from an existing constituency.

These extremist charities reinforce members’ ideological commitment and introduce their ideology to the families. A key feature of this is manifested in radical inmates’ rejection of the Indonesian prison’s deradicalisation programme.

Charities such as GSAU have taken former convicts who remain radical on prison visits in an effort to consolidate the pro-IS movement in prison and after the inmates’ release.

Outside of prison ACC and Baitul Mal Al Muqiin have sponsored JAK’s religious study sessions in Java and Madura.

Charities may also facilitate the return of Indonesian IS fighters — there has been an informal fundraising effort on social media recently to fund the return of an Indonesian pro-IS inmate who was allegedly released from a Malaysian prison.

Indonesia does not have a law that governs local charities. Its current anti-terrorism financing law does not label extremist charities for inmates’ families under the category of indirect use of financing terrorism.

This is further complicated by the fact that most of these charities are careful about their operations to avoid being prosecuted under Indonesia’s anti-terrorism financing law. The majority provide financial assistance to families, but stop short of providing assistance for directly terrorism-related expenses such as weapon procurement.

Indonesian authorities are aware of their quandary in curtailing extremist charities, its  financial intelligence unit PPATK (Financial Transaction Reports and Analysis Center) monitoring them and provideing information to the police.

The anti-terror police force, Detachment 88, is also attempting to mitigate the threat posed by extremist charities by providing shelter and travel expenses to facilitate the families’ prison visits. But extremist charities provide more than the government is able, or willing, to.

To strengthen its mitigation strategy Indonesian authorities should invest in an ‘after-care’ programme that specifically looks after the well-being of the inmates’ families, with the aim of safeguarding them from being radicalised or further radicalised by extremist charities.

The programme should also ensure that the released inmates renounce violence and reintegrate into society. Reintegration can be facilitated by tapping into mainstream Muslim charities and intensifying collaboration with other non-governmental organisations (NGOs) operating on the ground.

This article was written by Arianti, an associate research fellow at the International Centre for Political Violence and Terrorism Research (ICPVTR), a constituent unit in the S Rajaratnam School of International Studies (RSIS), Nanyang Technological University (NTU), Singapore and Muh Taufiqurrohman, a senior researcher at the Centre for Radicalism and Deradicalisation Studies, (PAKAR), an NGO based in Jakarta.  It first appeared on East Asia Forum under a Creative Commons License and is reproduced here with its permission.