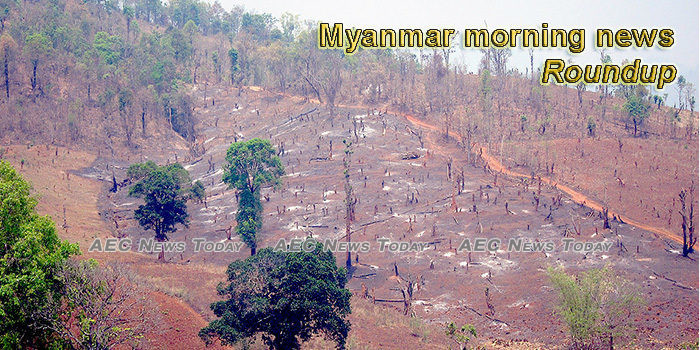 Legislation seeks to control country’s imports
The Pyidaungsu Hluttaw (Assembly of the Union) announced the passing of the Law to Prevent an Increased Quantity of Imports on December 24.
— Myanmar Times

Japan offers $5m for refugee resettlement in Myanmar’s Kachin
The Japanese government announced in late December that it will launch an aid program to help internally displaced people in a conflict zone in Myanmar’s northern state of Kachin to return home.
— Nikkei Asian Review (paywall)

Musings on the centenary of Yangon University
“Dear Mya Kyoon Nyo Nyo.” It was a faint calligraphic writing on a piece of stained yellowish paper that caught the eyes of a curious scholar from the land of Kant Kaw (Mesuaferrea), a term of endearment for University of Yangon. “Mya Kyoon Nyo Nyo” sounds so familiar. How come?
— Myanmar Times

Magnitsky sanctions no impact on Tatmadaw businesses: experts
The Magnitsky sanctions imposed on Myanmar’s top military leaders by the US Treasury Department over accusations of human rights abuses do not cover military-affiliated companies, according to US experts.
— Myanmar Times

Mandalay bustles with visitors during New Year holiday
Pilgrims, domestic and foreign travellers and local residents of Mandalay filled up the compounds of its numerous pagodas and ancient cultural sites during the New Year holiday.
— The Global New Light of Myanmar

Unblock mobile network in the border areas
Bangladesh Telecommunication Regulatory Commission (BTRC) has revoked its decision to block mobile phone operators’ signals up to a kilometre from the country’s borders.
— The Daily Star

Freedom of speech remains elusive under NLD regime
When Daw Aung San Suu Kyi’s National League for Democracy (NLD) swept the first free election in the country in over half a century in 2015, there was much optimism about the revival of democratic principles, especially freedom of speech and expression.
— Myanmar times

The Day the British Annexed Upper Myanmar
On this day 134 years ago, the British announced the annexation of upper Myanmar, while they were in the process of sending the country’s last monarch and his family into exile in Ratnagiri, a small town in India overlooking the Arabian Sea.
— Irrawaddy

Bangladesh- Stigma of genocide charge strains Myanmar’s tourism sector
Myanmar’s genocide trial threatens to weigh on its tourism industry by prompting higher-spending European and US visitors to stay away.
— Menafn

Government muses for midterm plan on Rohingya crisis: FS
The government is likely to set its sight on medium term and long term policies to face the Rohingya crisis, according to new foreign secretary Masud Bin Momen.
— Newage BD

Nepalese Embassy celebrates 60th anniversary of diplomatic relations, Visit Nepal 2020
The Nepalese Embassy in Yangon celebrated the 60th anniversary of diplomatic relations between Nepal and Myanmar and the launch of Visit Nepal 2020 at the Chanthargyi Hall of the Shwedagon Pagoda yesterday evening.
— The Global New Light of Myanmar