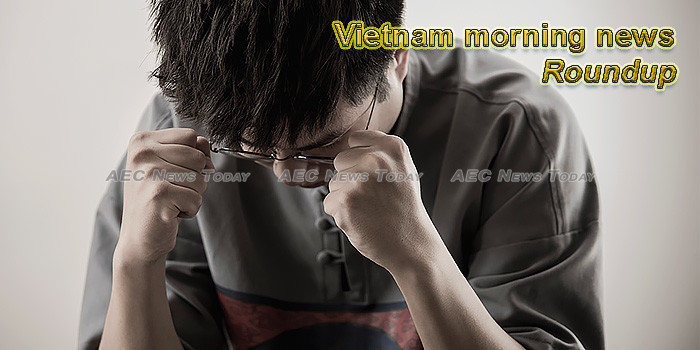 Vietnam’s new regulatory changes to increase market access for foreign investors
The bill, which amends the Law on Investment 2014 and will be discussed at the National Assembly’s eighth session next month, includes the two long-awaited changes regarding foreign investors.
— The Hanoitimes

Asean’s best universities for 2020: Brunei joins Singapore, Malaysia, Philippines
The annual world’s best university rankings from Times Higher Education (THE) has been freshly unveiled with some surprises at the top of the best Asean universities sublist for 2020 due to the increasing ascension by Chinese universities in the global rankings.
— AEC News Today

Vietnam sales continue to grow in August
New vehicle sales in Vietnam expanded by just over 6% to 20,363 units in August 2019 from 19,158 units a year earlier, according to wholesale data released by the Vietnam Automotive Manufacturers Association (VAMA).
— Just Auto

Proactively attracting high-quality FDI capital
The Politburo has issued Resolution No. 50-NQ/TW dated August 20, 2019 on orientations to perfect institutions and policies and to improve the quality and effectiveness of foreign investment cooperation until 2030.
— NDO

Hanoi Launches Global Designer Competition To Rejuvenate Old Buildings And Public Spaces
An initiative in Vietnam’s capital Hanoi has kicked off with the aim to identify design solutions for the renovation of the city’s many dilapidated buildings and neglected public places.
— Investvine

Vietnam, Russia boost cooperation in customs
General Director of the General Department of Vietnam Customs, Nguyen Van Can, held talks with Head of the Federal Customs Service of Russia, Vladimir Bulavin, in Russia’s capital city of Moscow on September 9, within the framework of bilateral cooperation between the two agencies.
— NDO

81 percent of workers want less working hours
81 percent of respondents in an online survey by the Vietnam General Confederation of Labor (VGCL) voted to cut working hours from 48 to 44 hours per week.
— VnExpress

New law a boon for Vietnam M&A
Vietnam’s new competition law took effect on 1 July 2019, and one expert expects it to have a big impact on merger activity in the country.
— Vatage Asia

Banks’ profit growth forecast to slow in 2019
Profit growth of Vietnamese banks in 2019 would be lower than the previous year, but still at a positive level, analysts from the Viet Dragon Securities Company (VDSC) forecast.
— Viet Nam News

Vietnam leads global interest in new iPhone
Statistics released by Google on Monday showed that iPhone 11 was most sought in the world by Vietnamese internet users.
— VnExpress

Hanoi’s mayor requests removal of mercury-stored bulb factory
The whole fire-affected area must be cleaned and Rang Dong JSC must be moved out of Hanoi’s inner area.
— The Hanoitimes

VN stocks fall amid lack of support
Vietnamese shares fell along with global stocks worried about the world economic recession amid a lack of supporting information among local firms.
— Viet Nam News

Contest offers e-commerce experience for students
A new playground for students to experience e-commerce was launched in Hanoi on September 10 by the Vietnam E-Commerce and Digital Economy Agency in collaboration with Amazon Global Selling and T&T Group.
— NDO

Việt Nam should be proactive in coping with natural disasters
As a country highly exposed to droughts, floods and landslides, Việt Nam needs more active prevention instead of just a passive response.
— Viet Nam Net