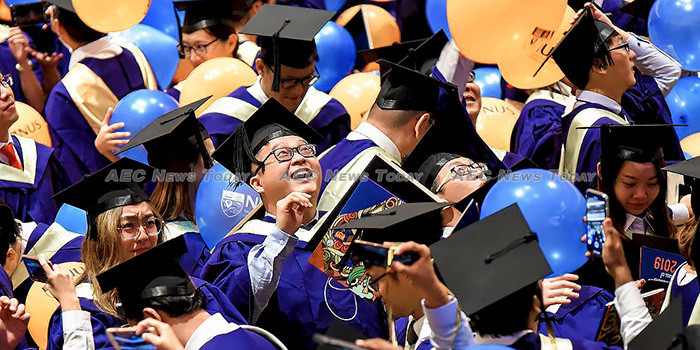 The annual world’s best university rankings from Times Higher Education (THE) has been freshly unveiled with some surprises at the top of the best Asean universities sublist for 2020 due to the increasing ascension by Chinese universities in the global rankings.

Although Tsinghua University dropped one place to 23 this year, the rise of Peking University (PU) from 31 to 24 marked the auspicious first occasion that Chinese universities have held two entries in the World University Rankings top 25.

While the improvement by PU saw regional education powerhouse National University of Singapore (NUS) drop one place to 25th globally, it remains the highest ranked Asean tertiary institution on the THE World University Rankings for 2020.

Joining its older sibling at the head of Asean’s best universities for 2020 is Nanyang Technological University (NTU), which saw it’s global rank increase three places to 48, equal with the University of Illinois at Urbana-Champaign, USA.

Ranked in the 301-350 band globally again, University of Malaya retained its third best Asean ranking for 2020, leading 13 fellow Malaysian universities in the list.

Debuting on the list at number four in Asean is Universiti Brunei Darussalam (UBD) with a solid global rank in the 401-500 band. Established in 1985, UBD is Brunei’s only entry in the list, and is the country’s largest institute of higher learning by student number, and range of curriculum.

Retaining it’s fifth in Asean ranking for another year is the University of the Philippines which saw its global rankings move up from the 501-600 band last year, to 401-500 for 2020.  The Philippines’ only other entry in the international rankings, De La Salle University, saw its global ranking drop to the 1,000+ bracket for 2020 resulting in a drop of five places on the best Asean universities list to 20.

In Thailand its traditionally well regarded higher education institutions continue their lacklustre performance, with none making their way into the global top 500 rankings for 2020.

National education stalwart Mahidol University (MU) was pushed from its eighth ranking last year to number 10 for 2020 by Chiang Rai’s Mae Fah Luang University, making its way into the list with a respectable first-time entry score in the global 601-800 band.

Thailand continues to have the most representation in the THE university rankings list with 16 entries, three ahead of Malaysia.  Indonesia is next in line with six entries, the University of Indonesia ranked seventh in Asean and 601-800 globally.

According to THE rankings editor Ellie Bothwell the continued representation of Asean universities in the global rankings “reflects the substantial investment that these countries are putting into their universities as well as strong strategic planning. These nations must continue to invest in higher education if they are to further improve both in terms of quantity and quality”, she added.

Published for the 16th year, the 2020 THE World Universities rankings includes over 1,300 universities from 92 countries. This year’s rankings sees an additional nine Chinese university entries, pushing the total to 81, seven of which are ranked in the global top 200.