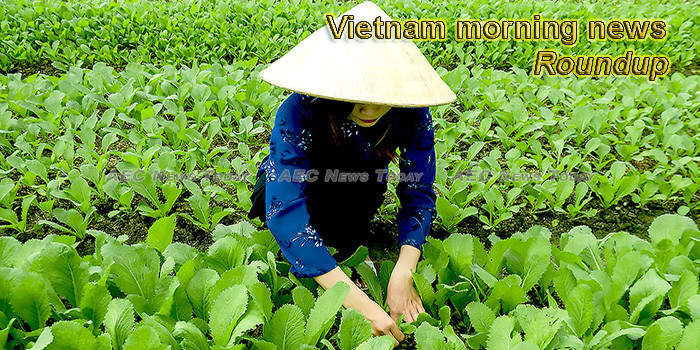 Ministry greenlights Bamboo Airways’ fleet expansion
The Transport Ministry has approved in principle a proposal by private airline Bamboo Airways to expand its fleet to 30 aircraft by 2023.
–VnExpress

Vietnam ready to join in building strong, resilient ASEAN: PM
Prime Minister Nguyen Xuan Phuc gave an interview to The Nation newspaper of Thailand while attending the 34th ASEAN Summit in Bangkok on June 22 and 23, highlighting Vietnam’s willingness to join other members to build a strong and resilient ASEAN.
— NDO

HCM City eyes boost to collective sector
Local co-operatives need to mobilise capital from their members or co-operate with enterprise members to improve their production and trading, the HCM City Cooperative Alliance has said.
— Eleven Myanmar

South China Sea situation worrisome: Vietnam PM
Despite progress in negotiations between Asean and China towards establishing a Code of Conduct (COC) for the contentious South China Sea, Vietnam’s Prime Minister Nguyen Xuan Phuc said on Saturday that the situation on the ground remained complicated.
— VnExpress

Vietnamese firm fined for hiring illegal Chinese workers
A company in the northern province of Hai Duong has been fined VND135 million ($5,780) for hiring Chinese without work permits.
— VnExpress

Vietnam luxury travel guide: Five star hotels, gourmet restaurants and fun things to do
Prepare to lengthen your Asia bucket list with this luxe mini-guide to Vietnam’s hottest and most iconic experiences.
— Standard

100 arrested in Vietnam cockfighting busts
Around 100 people were arrested Saturday at two cockfighting events in the southern Vinh Long Province and the northern Hoa Binh.
— VnExpress

Vietnamese, Lao investment ministries enhance cooperation
The Ministries of Planning and Investment of Vietnam and Laos signed an agreement on bilateral cooperation for the 2019-2021 period during the talksp between the two ministers in Vientiane on June 22.
— VietnamPlus

At Asanzo ‘manufacturing’ factory, Chinese parts are made into ‘Vietnamese’ products
As part of an exposé that discovered Asanzo Vietnam importing Chinese products and disguising them as locally made merchandise for sale, Tuoi Tre (Youth) newspaper witnessed first-hand the process of assembling China-imported parts into finished products labeled as “made in Vietnam with Japan technology” inside a ‘manufacturing’ plant of the electronics firm.
— Vietnam Insider

Central region continues to suffer summer heat
Scorching heat is expected to continue in the central region for the next few days after hitting northern and central localities over the weekend.
— Viet Nam News

RI, Vietnam speed up EEZ delimitation
Indonesia and Vietnam have agreed to speed up maritime delimitation, while at the same time starting fresh talks to establish “provisional common guidelines” to prevent fishing incidents.
— The Jakarta Post

Vietnam’s gold prices jump to six-year high on global surge
Gold traded above VND39 million (US$1,680) a tael in Vietnam on Friday, the highest level since June 2013, as the precious metal surpassed the key US$1,400 level for the first time in nearly six years in the global market.
— Vietnam Insider

Vietnam PM seeks quick movement on strategic partnership with Thailand
Vietnam’s Prime Minister Nguyen Xuan Phuc has called for early finalisation of the Plan of Action on Implementing the Vietnam- Thailand Strategic Partnership for the next five years, while mapping out key dimensions of bilateral relations.
— The Nation

Property market heats up in Binh Phuoc province
The property market in the southern province of Binh Phuoc is expected to heat up because of industrial zone planning from now to 2030, according to experts.
— VietnamPlus

Domestic property price to be stable in second half of 2019
The domestic real estate market in the second half of this year is not expected to witness significant changes in price due to stability in supply, according to experts.
— VietnamPlus

LaoVietBank helps connect Vietnamese, Lao economies
The Lao Viet Joint Venture Bank (LaoVietBank) has become a bridge connecting the economies of Vietnam and Laos over the past years and a symbol of the bilateral special friendship, Lao Deputy Prime Minister and Minister of Finance Somdee Duangdee has said.
— VietnamPlus

Vietnam Electricty returns to profitability
Vietnam Electricity, the sole power distributor, has reported it was back in the black in 2018 after losing over $90 million in the previous year.
— VnExpress

VN stocks predicted to progress slowly ahead of China-US talks at G20 summit
With the outcome of the US-China trade talks in focus this week, the Vietnamese stock market may move between positive and negative sessions while investors remain guarded.
— Viet Nam News

Explosive growth of Airbnb, home-sharing services in Vietnam
The Airbnb and home-sharing services have celebrated a new milestone with over 40, 804 active Airbnb listings in the country since the beginning of the year compared to around 1,000 in 2015, according to Homesharing Vietnam – Insights Report released by Outbox Consulting, a tourism development consulting firm at a meeting.
— Sggp News

Student-classroom ratio a challenge for HCM City schools
HCM City faces challenges in meeting the Ministry of Education and Training’s regulation on the maximum number of students in classrooms as enrolment continues to increase.
— Viet Nam News

Four Vietnam carriers get on board with plastic fight
Vietnam Airlines, Bamboo Airways, VietJet Air and Jetstar Pacific are planning to phase out single-use plastics off their flights.
— VnExpress