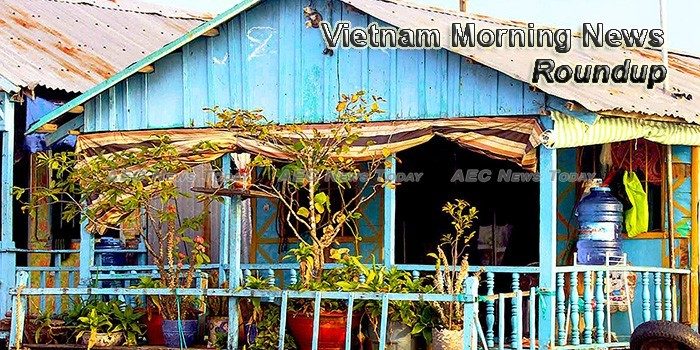 Gov’t to allow food importers to self declare
In a policy turnaround, the Government has said it is determined to assist food and beverage importers and producers by reducing inspection times, costs and criteria, opting for businesses to make self declarations instead of being constantly watchdogged by officials.
— Bizhub

Textile exports to China growing
Though Vietnam remains a big importer of textile feedstock and accessories from China, its rising exports to China is a promising sign, according to the Vietnam National Textile and Garment Group.
— VietnamPlus

Vietnamese startups receive $291m funding in 2017 led by handful of big deals
Vietnamese startups raised $290 million in 2017, 42 per cent higher than $205 million last year, on the back of a couple of bigger ticket-sized deals including investments into gourmet media platform Foody Corporation and e-commerce player Tiki, according to data collated by Hanoi-based edtech group and accelerator Topica Founder Institute (TFI).
— DealStreetAsia

SBV requested to supervise cryptocurrency transactions
In the resolution brought at its monthly meeting, in January the government urged the State Bank of Vietnam (SBV) to closely supervise transactions related to cryptocurrencies.
— The Hanoi Times

Gold prices rise significantly before Tet
The gold prices of two Vietnamese gold bars on Monday saw significant increases of from VND70,000 (US$3.07) to VND110,000 per tael, in line with the global trend.
— Bizhub

Vietnamese stocks bounce back after harrowing week for investors
Just one more day of trading is left before the Lunar New Year, and investors are pinning their hopes on it being green.
— VnExpress