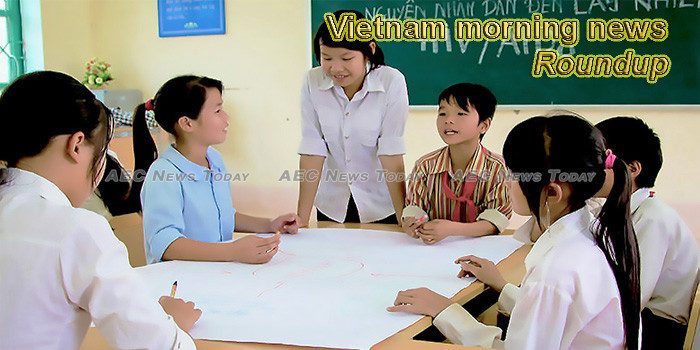 Cement import growth of 85% is driven by Vietnam
Vietnam was the major driver of an 85percent year-on-year increase in cement imports into South Africa last year, according to construction market intelligence firm Industry Insight.
— IOL

VN targets $4.2b shrimp exports
The domestic shrimp production industry had targeted US$4.2 billion in export value this year, according to the Viet Nam Association of Seafood Exporters and Producers (VASEP).
— Bizhub

Boeing Stock Jumps With $16 Billion Vietnam Deal Amid Trump-Kim Summit
North Korean leader Kim Jong-un may have traveled to Vietnam for the much-hyped Trump-Kim summit by train but some of the major business deals that will be conducted on the sidelines of the meeting will involve air travel.
— CCN

VN’s January trade turnover at highest level in years
Viet Nam’s trade turnover reached US$43 billion in the first month of 2019, the best January performance seen in the last few years, according to the General Department of Vietnam Customs.
— Bizhub

Helping Vietnamese agricultural products dominate high-grade market
After nearly 10 years of negotiations, in mid-February 2019, Vietnamese mango was officially licensed to enter the US market. This is the sixth fruit of Vietnam available in the US market. Previously, in 2008, dragon fruit was the first fruit from Vietnam to be exported to the US market, followed by lychees, longan, rambutan, and star apple.
— Nhan Dan Online

VN seeks further co-operation with Japan
The support industry, along with the labour, tourism and agriculture sectors, should become the spearheads in the co-operation between Japan and Viet Nam.
— Bizhub

Steel stock prices on rise despite unsatisfied warnings
The stock price of steel companies like Hoa Sen, Nam Kim, and Hoa Phat are still on the rise despite securities companies’ warnings to rein in buyers.
— VietnamNet Bridge

Japanese retailer MUJI to set foot in Vietnam
After the landfall of AEON, Takashimaya, 7-Eleven, and FujiMart, Vietnam’s retail market will welcome a new Japanese player called MUJI from Japan, which promises to heat up the race in this high-potential sector.
— Vietnam Insider

Cambodia, Vietnam sign 5 pacts to boost relations
Cambodia and Vietnam on Tuesday signed five cooperation documents to boost bilateral ties and cooperation between the two neighboring countries, according to a joint communique.
— Xinhua

Vân Ðn Airport calls on international airlines to open routes
A conference on market promotion for the Vân Ð?”n International Airport will be held from February 28 to March 1 in Qu?ng Ninh Province.
— Viet Nam News

Japan provides aid to organic agriculture, teaching projects
The Japanese government on February 25 organised a signing ceremony to provide non-refundable aid worth a total of more than US$300,000 to two ongoing projects in Vi?t Nam.
— Viet Nam News

Cement, clinker demand to edge up this year
Demand for cement and clinker is expected to increase marginally to 98-99 million tonnes, according to the Ministry of Construction.
— Viet Nam News

VN-Cambodia trade has great potential: MoIT boss
On the occasion of the visit of General Secretary, President Nguy Phú Tr?ng to Cambodia from February 25 to 26, Deputy Minister of Industry and Trade Ð– Th?ng H?i talk with the Vietnam News Agency about economic and trade development co-operation between the two countries.
— Viet Nam News

Vietnam Jan-Feb FDI inflows up 9.8 pct to $2.58 bln
Vietnam received $2.58 billion in foreign direct investment (FDI) in January-February, up 9.8 percent from the same period a year earlier, the Ministry of Planning and Investment said on Tuesday.
— Reuters

January rebound signals new growth momentum for Vietnam
Enduring a slight fall in 2018, foreign direct investment inflows into Vietnam rebounded in the first month of 2019 with an impressive growth rate of 52 per cent, promising further rise in the months ahead.
— VietnamNet Bridge

Garment, fishery firms plan production growth this year
Enterprises in the garment and fishery sectors have set development plans to take full advantage of free trade agreements such as the CPTPP and EVFTA.
— VNA NET

Vietnam prepares for the Trump-Kim summit
U.S. President Donald Trump and North Korean leader Kim Jong Un will hold their second summit in the Vietnamese capital of Hanoi on February 27-28. The pair held their first historic meeting in June 2018, where Kim pledged to work towards the complete denuclearisdation of the Korean peninsula.
— Reuters

VN asked to enhance quality of farm produce to enter choosy markets
Although export revenue of agricultural products has grown in recent years to more than 40 billion USD, experts have said the figure may rise higher if Vietnamese farm produce can meet the technical standards of import markets, especially developed ones.
— VietnamPlus

Foreign news agencies ramp up personnel for DPRK-USA Summit
Nearly 3,000 reporters from more than 200 news and press agencies in almost 40 countries and territories around the world have arrived in Vietnam to cover the second DPRK-USA Summit slated for February 26-27 in Hanoi.
— VNA NET

Vinasun-Grab litigation taken to appeals court
Neither Vinasun nor Grab are satisfied with the Ho Chi Minh City court’s decision in their lawsuit for damages, scheduling an appeals case for March, prolonging the dispute that highlights the sparks thrown by high-tech firms shouldering aside their predecessors.
— VietnamNet Bridge

Hannity takes scooter in Vietnam after getting stuck in traffic before show
Hosting a show outside of the confines of a New York City studio can be challenging and Fox News host Sean Hannity was reminded firsthand as he was forced to navigate Tuesday morning traffic in Hanoi, Vietnam, on the back of a scooter.
— Foxnews

Nghe An: man arrested with 4,800 meth pills
Border guards and other forces in the central province of Nghe An on February 25 arrested a man suspected of trafficking 4,800 methamphetamine pills.
— VNA NET