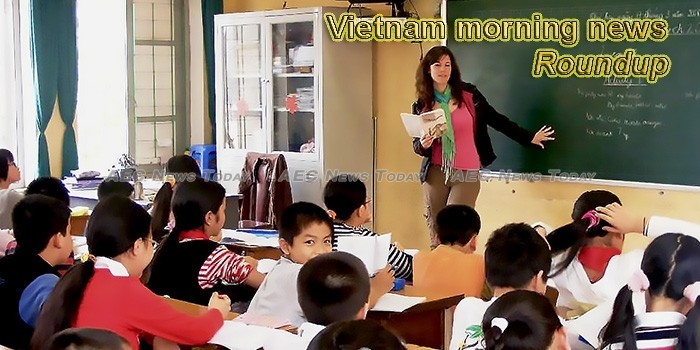 Vietnam IT industry is more than just outsourcing
Vietnam is known as an outsourcing software destination but local IT businesses are expanding into other technology areas such as AI and fintech.
— VnExpress

How Vietnam’s ride-hailing apps are challenging Grab’s local monopoly
Back in 2018, Singapore-based startup Grab made waves by forcing its larger rival Uber out of the Southeast Asian ride-hailing market. In countries like Vietnam, where the two happened to be the major players, Uber’s decision to handover its resources to Grab and leave made the latter the de-facto monopoly in the local market.
— Asean Today

Vietnamese mid-corporates need new strategies in emerging technologies
Mid-sized corporates in Việt Nam and other ASEAN countries, need to devise new strategies, from digitalisation to partnerships and overseas ventures, to build growth against major shifts in their respective sectors of operation, according to a Standard Chartered thought leadership report.
— Viet Nam News

Vietnam’s Bamboo in MOU for Hanoi-Prague route
Vietnam start-up Bamboo Airways has signed a memorandum of understanding regarding the possibility of services from Hanoi to Prague.
— Flightglobal

honestbee halts local operation in the Philippines
The company sent out email notices last April 19 to customers In an official notice sent out last Friday, the grocery delivery service honestbee Philippines announced that it will temporarily stop its operation locally, as reported by Yugatech. The company said that it experiences a funding issue …
— e27

City Party chief calls on companies to use technology to improve quality
A farmer harvests clean vegetables at a garden run by Vương Huy High-Tech Vegetables and Fruits Company at Xà Bang Commune in Bà Rịa-Vũng Tàu Province’s Châu Đức District. The use of advanced technology to produce high-quality output is a must for local businesses to gain trust and popularity.
— Viet Nam News

VN urged to improve economic resilience
Việt Nam must focus on consolidating macroeconomic foundations and renovating institutions to increase resilience in the context of global uncertainties, according to the Central Institute for Economic Management (CIEM).
— Viet Nam News

Đà Lạt speciality products to be given ‘identity cards’
Each specialty product from Đà Lạt City and Lâm Đồng Province will be given a unique identification number to help consumers distinguish between them quickly and accurately.
— Viet Nam News

AirAsia fails in fourth Vietnam joint venture bid
AirAsia’s recent announcement that it is giving up plans to launch a joint venture in Vietnam marks its fourth failure.
— VnExpress

Vietnam to Encourage Environmentally Friendly Building Design
Consider that buildings can be designed, in relation to the sun, depending on whether occupants want to maximize the amount of natural light their windows let in, or to minimize the heat absorbed by the building.
— VOA

On one island, a microcosm of Vietnam’s environmental challenges
While approaching Hai Phong, a major city on Vietnam’s northeast coast, it is impossible to miss signs of the country’s fast-growing economic might. GDP growth hit just over 7 percent in 2018, and foreign investors are swarming: Samsung alone has invested nearly $20 billion here. A high-speed expressway now connects Hai Phong to Hanoi, the capital, and will eventually extend to the Chinese border farther north.
— Mongabay

Vietnam: from utopia to geopolitical reality
In December 1955, the newly elected president of South Vietnam, Ngo Dinh Diem, adopted a nationality law that stipulated that all Chinese born in Vietnam were entitled to Vietnamese nationality. There were at the time some 650,000 Chinese in South Vietnam, practically all of whom held Taiwan passports.
— Asia Times

Aboitiz eyes RE project acquisitions in Vietnam
ABOITIZ Power Corp. is looking at acquiring renewable energy (RE) projects that are under development in Vietnam with capacities of between 50-100 megawatts (MW) each to take advantage of the feed-in tariff (FiT) scheme being offered in the Southeast Asian country.
— Business World Online

Major wood factory opens in Hà Tĩnh province
A medium density fibreboard (MDF) factory that is considered the biggest of its kind in the central region of Việt Nam was inaugurated in Vũ Quang District of Hà Tĩnh Province on Sunday.
— Viet Nam News

Quảng Ngãi struggles to eliminate old-style brick kilns
The smoke and dust caused by traditional brick kilns has long been considered a threat to the environment and residents’ health, but many obstacles stand in the way of their elimination.
— Viet Nam Net