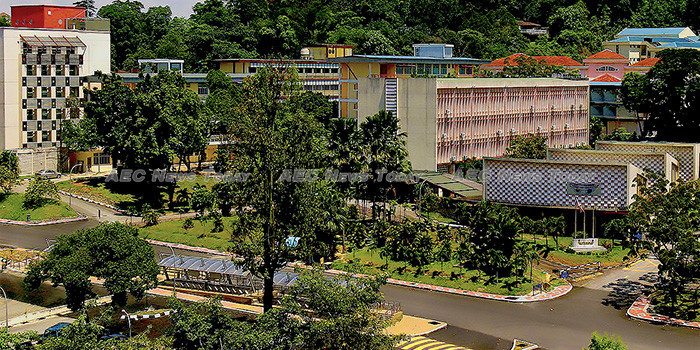 The University of Malaya (UM) has garnered the top spot in the Times Higher Education (THE) Emerging Economies University Rankings 2019 (EEU2019) for Asean universities. Leaping nine places over its global EEU2019 ranking of 27 last year, UM finished in its highest position yet, ranked 18th globally.

While the number of Malaysian universities in the 2019 Emerging Economies University Rankings increased from nine last year to 11 this year, only two institutions improved their ranking over the period, with three seeing their ranking fall. Three others maintained their same ranking as last year.

With 14 higher education institutions represented in the EEU2019 list, Thai universities are the most represented.

However, while Mahidol University (MU) saw its global rank increase from 76 to 68, it wasn’t enough to see it retain its number two position in the Asean sublist, a 17 place rise by Malaysia’s UTP seeing it put a very solid claim on the title.

Also joining Mahidol in the top 10, though one position lower at ninth in the EEU2019 Asean sublist than last year, is Chulalongkorn University (CU) whose global EEU ranking improved three places to 123 this year.

With the exception of King Mongkut’s Institute of Technology Ladkrabang (KMITL), which saw its standing in the Asean sublist remain unchanged, all other Thai universities received weaker gradings this year. King Mongkut’s Institute of Technology Thonburi (KMITT) fell the most, plummeting from fourth ranked on the Asean EEU sublist last year, to 15th this.

Of note is the entry this year of Thammasat University, one of Thailand’s most established, which debuted in the global EEU2019 list in the 251-300 band. In the Asean sublist it debuted at number 25.

For improvement its impossible to go past the University of Indonesia (UI), which rocketed into the global top 100 to rank 82 in the global EEU2019 rankings, up from 84 last year, and to seize the fourth position as highest ranked university in  the Asean EEU2019 sublist.

Also racing up the chart in Indonesia this year was Bandung Institute of Technology (ITB) which saw its global rank leap 27 places to finish at 164 globally, compared with 191 last year, to fill the 12th ranking in Asean. Sepuluh Nopember Institute of Technology (SNIT) made an impressive debut into the EEU2019 sublist to rank at 24 in Asean and in the 251-300 band globally.

For Bogor Agricultural University (BAU) and Universitas Gadjah Mada (UGM) the news was bad. Both saw their EEU2019 ranking fall 50 places from the 201-250 bracket in 2017, to 251-300 this year. While the BAU saw its Asean sublist ranking remain stagnant at 18, UGM dropped two places to be ranked 21.

University of the Philippines onwards & upwards

Only marginally less impressive than the UIs rise was that of the University of the Philippines (UP), which also rose into the top 100 globally to snare position 87, from 166 in 2017. The meteoric rise seeing it  rank number six in the Asean EEU2019 sublist, from number 12 last year.

Joining the UP in the EEU2019 was De La Salle University, which entered the list in the global 251-300 band and position number 20 on the Asean sublist.

With regard to the domination of the top 10 Asean EEU2019 sublist by Malaysia universities, Ellie Bothwell, THE global rankings editor, said, “Malaysia is one of the success stories of this year’s rankings, with many of the country’s universities rising.

“The nation is rapidly becoming an international student hub, and reforms aimed at granting students greater political freedoms – and its universities more autonomy – are welcome.

“However, cuts to higher education funding pose a threat to the nation’s success in future years. Malaysia must ensure that its universities receive enough investment to thrive in an increasingly competitive global higher education market”, Ms Bothwell added.

The THE EEU2019 rankings uses the same 13 performance indicators as the THE World University Rankings to evaluate institutions based on their core missions: teaching, research, knowledge transfer and international outlook. The methodology can be found online.

With increasing numbers of mainland Chinese universities, in addition to those across the Asean region, entering the THE global rankings, some of the region’s better known universities that have traded on their past reputation are very quickly going to have the cost of their tuition questioned, along with the value of their degrees, as their global rankings are eroded.

To help keep things in a regional perspective AEC News Today first began compiling an Asean sublist from the official THE data in 2017. In that time the number of Asean universities in the Asean sublist has increased from 21 entries to 32 (See: Singapore tops first Asia-Pacific university rankings: Malaysia rising).