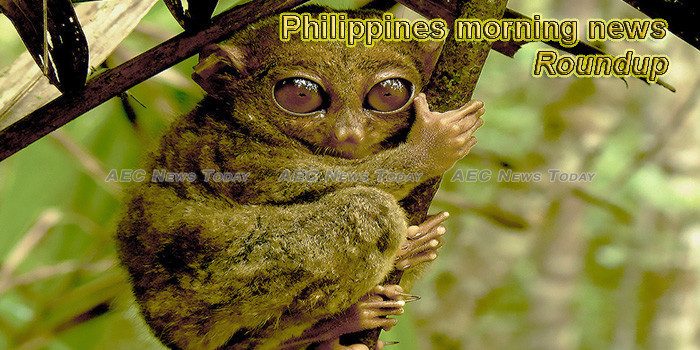 In less than two months, measles kills 203 in the Philippines
More than 12,000 people have contracted measles while over 200 have died due to the highly-contagious disease in nearly two months, according to the report of World Health Organization and the United Nations Children Fund.
— The Philippine Star

BARMM leaders to get P31 billion from budget
The Bangsamoro Transition Authority (BTA) that will administer the new autonomous Muslim region in Mindanao for three years will inherit operational funds of more than P31 billion this year.
— The Philippine Star

PH expected to miss 2019, 2020 GDP goals
Philippine economic growth will fall below target this year and the next, one of the big three debt watchers and an economist from a multinational investment bank said on Wednesday.
— The Manila Times

4 Philippine universities in QS world rankings by subject
Four institutions from the Philippines appeared in the latest global ranking of universities based on academic discipline insights released Wednesday.
— The Philippine Star

Fuel marking could earn govt P40B – DoF official
A newly launched fuel marking program could generate as much as P40 billion in revenues during the first year of implementation, a Finance department official said on Wednesday.
— The Manila Times

Measles cases now found in nearly every province in PH
Just how widespread are measles cases in the Philippines?
— Rappler

Fuel marking to start in March
About 15.2 billion liters of imported and locally-produced gasoline, diesel and kerosene will be subjected to fuel marking this year.
— Philippine News Agency

Cavite seeks exemption of measles fund from poll ban
Cavite Gov. Jesus Crispin Remulla is seeking exemption from the Commission on Elections (Comelec) restrictions during the election period so that local government units (LGUs) could source out additional funds to address the measles outbreak in the province.
— Philippine News Agency

Fuel marking to have ‘negligible’ effect on inflation — DOF
In an attempt to curb fuel smuggling in the country, the revenue collection agencies of the government will fully implement the fuel marking scheme under the tax reform program.
— CNN Philippines

PH’s mining sector earns higher at P122-B even with lower output
The Philippine mining sector is still benefiting from China’s move to raise its stainless steel production that despite a continuous decline in output, the overall value of what it has produced in the entire 2018 managed to rise to P121.94 billion.
— Manila Bulletin

Poe eyes fuel subsidies for fisherfolk
Senator Grace Poe on Wednesday vowed to expand the coverage of the government’s fuel subsidy program to include fisherfolk amid the incessant increase in oil prices.
— Philippine News Agency

149 new agents to boosts PDEA’s war on drugs
The Philippine Drug Enforcement Agency (PDEA) is beefing up its forces with the addition of 149 more agents who just completed their six-month training.
— Manila Bulletin

Number of teenage moms decreasing in Cordillera
From having the highest rate of teenage pregnancy 5 years ago, Cordillera is now among those with the lowest.
— Rappler

US electronics firm moves to PH
Ever Win International Corp and two other US electronics companies are moving some of their operations in China to the Philippines due to rising costs in that country as well as the ongoing trade spat between the US and China.
— Malaya

Five more subway contracts to be offered to bidders this year
THE Department of Transportation (DoTr) said it will solicit bids to construct five more sections of the Metro Manila Subway this year after it broke ground on the first segment Wednesday.
— BusinessWorld Online

PHL, Thailand ink pact strengthening info cooperation
A long-standing friendship just got a bit stronger after officials of the Philippines and Thailand signed a memorandum of understanding (MOU) for greater information and media cooperation.
— Business Mirror

Grab partners with PNP for safer roads
GRAB Philippines has strengthened its partnership with the Philippine National Police (PNP), after donating the country’s first trooper-shooting simulator, a technology that essentially helps train law enforcers on quick response to real and imminent threats on the road.
— Business Mirror

Duterte says he will ‘subpoena’ Trillanes mother over ‘shady’ Navy deals
President Rodrigo Duterte on Tuesday night said he would subpoena the mother of Sen. Antonio Trillanes IV over her alleged anomalous deals with the Philippine Navy.
— Inquirer.net

Not Even Prison Walls Can Silence Duterte’s Nemesis
On February 13, the Philippines National Bureau of Investigation bungled the serving of an arrest warrant to Maria Ressa, the founder of the scrappy news site Rappler.
— The Nation

Combined assets of the Philippines’ largest banks reach P16.58 trillion in 2018
FOURTH-QUARTER growth of assets and loans of the country’s biggest banks continued to post double-digit rates even as they recorded smaller increases than year-ago levels. Read the full story.
— BusinessWorld Online

Duterte claims Marcos ill-gotten wealth ‘still unproven’
President Duterte has raised doubts on allegations that the Marcoses have amassed ill-gotten wealth despite previous court rulings that forfeited some of the family’s assets in favor of the government.
— The Philippine Star

MICP creates committee to address port congestion
The Manila International Container Port (MICP) has established an oversight committee tasked to fast track the disposal and reduction of overstaying containers in the port, the Bureau of Customs (BOC) said yesterday.
— The Philippine Star

Consumer advocate proposes lowering SRPs for rice
In line with the government’s projection of lower rice prices after the signing of the rice tariffication law , suggested retail prices (SRPs) should also be amended, according to a consumer rights advocate.
— Rappler

PSEi likely to close at 8,900 by end-2019
THE Philippine Stock Exchange index (PSEi) is likely to close at the 8,900 level by end-December, driven by lower interest rates and upbeat earnings expectations for the year, according to investment bank UBS Philippines.
— BusinessWorld Online

Caguioa, Leonen warn of dangers of SC vote upholding Boracay closure
The two Supreme Court justices who opposed the six-month closure of Boracay have warned of the dangerous precedent and the space for abuse set by the majority ruling that upheld the rehabilitative island shutdown.
— GMA News

CHR vows to continue speaking up vs. administration’s deadly war on drugs
The Commission on Human Rights on Wednesday vowed to continue expressing its dissent against the government’s war on drugs as President Rodrigo Duterte vowed to take a harsher approach in his already bloody campaign in his last three years in office.
— GMA News

K9, comics to deepen anti-drug campaign
Comic books about drug abuse prevention and education and additional 7 K9 units are some of the measures the Philippine Drug Enforcement Agency (PDEA) has in place in its continuous effort to counter illegal drugs.
— Philippine Information Agency

Vietnam morning news for May 25