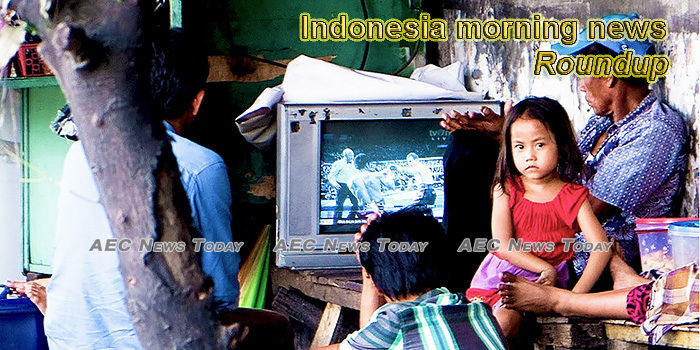 Indonesia ‘fulfilling’ and ‘welcoming’ for expats, but doesn’t offer much: HSBC survey
Indonesia’s rank has fallen in the 2019 Expat Explorer to 31st out of 33 countries, whereas it ranked 13th out of 31 countries last year.
— The Jakarta Post

Indonesia’s Q3 external debt rises 10.2 percent: BI
Indonesia’s external debt in the third quarter of 2019 rose 10.2 percent year-on-year to US$395.6 billion (or Rp5.607 trillion at an exchange rate of Rp14.174 against the US dollar), Bank Indonesia announced here on Friday.
— Antara News

Indonesia considers mandatory premarital training on reproductive health, parenting starting next year
The Indonesian government wants couples to be absolutely ready before they say “I do” and go on to have children, with a possible new program designed to prepare grooms and brides for their happily ever afters.
— Coconuts (paywall)

Two Suspected Militants Killed in Shootout
Two suspected militants were killed in a shootout and 18 others were captured alive in a series of police crackdowns on terror cells after a man blew himself up at a police office in the North Sumatra capital of Medan earlier this week, police said on Saturday.
— Jakarta Globe

Indonesia to continue IEU-CEPA talks despite protest
Indonesia will continue the ongoing negotiations on economic and trade partnership with the European Union despite a fresh spat following a leaked document about the EU’s plan to exclude biofuels derived from palm oil by 2021.
— The Jakarta Post

Internet development not yet accompanied by adequate literacy
Director General of Public Information and Communication of the Communication and Informatics Ministry, Widodo Muktiyo, assessed that the progress of the rapidly developing Internet technology is currently yet to be accompanied by adequate literacy among the public, resulting in cultural shock.
— Antara News

House, govt work to synchronize 70 problematic laws through omnibus bill
The House of Representatives’ legislation body (Baleg) has set up a working committee tasked to synchronize more than 70 pieces of legislation, many of which are considered overlapping.
— The Jakarta Post

Stop sinking ships: New minister plans to give illegal vessels to Indonesian fishermen instead
Maritime and Fisheries Affairs Minister Edhy Prabowo seems to have decided not to continue former minister Susi Pudjiastuti’s tough stance against illegal fishing, as he said he will no longer continue his predecessor’s signature ship-sinking policy.
— The Jakarta Post

Indonesia’s 30 days At Sea to tackle marine pollution crime
The government has launched the Indonesia Operation 30 Days At Sea that would last from November to December 2019 in the fight against environmental crimes that has polluted Indonesian waters.
— Antara News

Domestic car sales hit brakes, down 11.7 percent as of October
January to October domestic car sales have declined by about 11.7 percent from the same period last year, according to data from the Association of Indonesian Automotive Manufacturers (Gaikindo) compiled by diversified conglomerate Astra International.
— The Jakarta Post

Indonesia seeks reelection as Man and Biosphere Council in UNESCO
Indonesia is seeking re-election as member of the International Coordinating Council of Man and the Biosphere for the period of 2019-2024, according to Arrmanatha Nasir, Indonesia’s Permanent Delegate to UNESCO, concurrently Ambassador to France.
— Antara News

PKS moves closer to Tommy Soeharto, Anies
The Prosperous Justice Party (PKS) is hoping to come back strong in regional elections and in the presidential election in the next five years by embracing Jakarta Governor Anies Baswedan and Berkarya Party chairman Hutomo Mandala Putra, better known as Tommy Soeharto.
— The Jakarta Post

Gov’t Creates Special Directorate for 1,000 Startups
The government remains strongly committed to the agenda for more startups in the country by establishing a new directorate as the breeding ground for hundreds of applicants, Research and Technology Minister Bambang Brodjonegoro said on Friday.
— Jakarta Globe

Surya Paloh Open to Constitutional Amendment for Jokowi’s 3rd Term
Media magnate and top politician Surya Paloh said he was open to the possibility of amending the 1945 Constitution that limits presidential terms to two periods, so that President Joko “Jokowi” Widodo can be elected for a third time.
— Jakarta Globe

4 Festivals in Jakarta This Weekend
Jakarta administration organizes four festivals in several locations across the city. These events can be alternatives for people to enjoy their weekends.
— Tempo.co