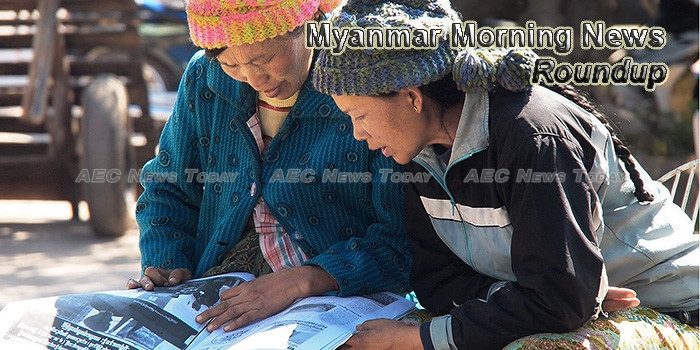 Myanmar has 16 months left to join the AEC. Here’s a checklist of what needs to be done.
Myanmar has until December 31, 2018, about 16 months, to join the ASEAN Economic Community (AEC), which aims to create a single market and production base with a free flow of goods, services, labour and capital across its member states.
— Myanmar Times

Myanmar avocado to be exported experimentally to China
Myanmar avocados will be exported to Yunnan province, China under a new arrangement reported by Myanma Alin daily newspaper, yesterday.
— The Global New Light Of Myanmar

Crop insurance system expected to launch this fiscal year
A coordination meeting on the introduction of insurance services for farmers and fishers was held at the Union of Myanmar Federation of Chambers of Commerce and Industry in Yangon on August 19.
— Eleven Myanmar

Domestic rohu fish prices undermining exports
Prices of rohu fish, a kind of carp that is extensively farmed in Southeast Asia, have increased since July due to scarcity and due to breeders’ decision to harvest them at a younger age due to that scarcity, according to a report in the Myawady Daily yesterday.
— The Global New Light Of Myanmar

352 km Mizoram NH to boost ties with Myanmar: Govt
Aiming to strengthen India’s geo-strategic stand and transform the northeastern region into an economic powerhouse, the Centre has cleared a Rs 6,167 crore upgrade of a 352-km National Highway (NH) in Mizoram that will improve economic connectivity to Myanmar as also create an alternate trade route for mainland traders doing business in the northeast.
— Business Standard

Union budget funds to go on housing projects in Ayeyawun and Yadana
The chairman of the Myanmar Construction Entrepreneurs Association submitted a proposal to Vice-President Myint Swe that the government provide more financial assistance for the Ayeyawun and Yadana housing projects, which have been undertaken by the Department of Urban and Housing Development and business people, as financial constraints had resulted in construction being put on hold.
— Eleven Myanmar

Myanmar men appeal against death sentences over British murders in Thailand
Two men from Myanmar convicted of killing two British backpackers on a Thai holiday island in 2014 submitted their final appeal on Monday against the death sentence.
— Channel NewsAsia/ Reuters

No more teething troubles for new customs system
The country’s new automated customs system has no more teething troubles and is up and running at Yangon port, but it is not yet implemented at border points, according to logistics and shipping companies. In addition, the current data entry process remains a significant challenge for the shipping industry.
— Myanmar Times

TTF to send teacher survey on promotions to government
The Technological Teachers’ Federation (TTF) will send within the month to concerned government offices a survey of teachers who were aggrieved by the existing unfair promotion policy in the education ministry.
— Myanmar Times