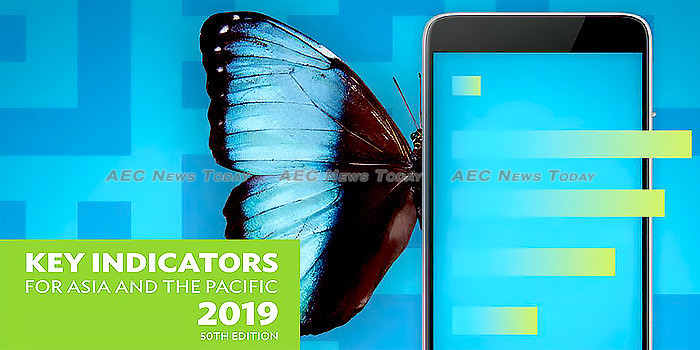 For the past 50 years the Asian Development Bank (ADB) has been tracking and helping to improve the prosperity, inclusiveness, and sustainable livelihoods for inhabitants of the Asia-Pacific region. Its latest annual statistical report, Key Indicators for Asia and the Pacific 2019 (Key Indicators 2019), shows how things have changed over that period.

Released on September 10, Key Indicators 2019 presents the latest statistics on a comprehensive set of economic, financial, social, and environmental indicators, including those for the UN Sustainable Development Goals (SDGs), for the 49 regional members of the ADB.

The figures show that:

Divided into three sections, the report contains a vast amounts of data relating to the 2030 Sustainable Development Goals (SDGs), with additional sections providing no less insightful information on Regional Trends, and another, Global Value Chains (GVCs).

ADB chief economist Yasuyuki Sawada said “Key Indicators 2019 shows that the Asia and Pacific region is increasing its strong contribution to the global economy and to the pursuit of the SDGs.

“As the region makes progress to reach the SDGs, timely, reliable, and granular data remain crucial for formulating, implementing, and monitoring policies and progress”, he added.

Coinciding with the release of the report the ADB updated its online Key Indicators Database (KIDB).

One of the world’s most comprehensive resources for macroeconomic and social indicators, the KIDB contains 1,192 indicators for the Bank’s 49 member economies from the year 2000 onwards.

The Key Indicators publication this year is accompanied by a special supplement using computer-assisted personal interviewing (CAPI) which collects survey data through handheld digital devices such as tablets and smartphones.