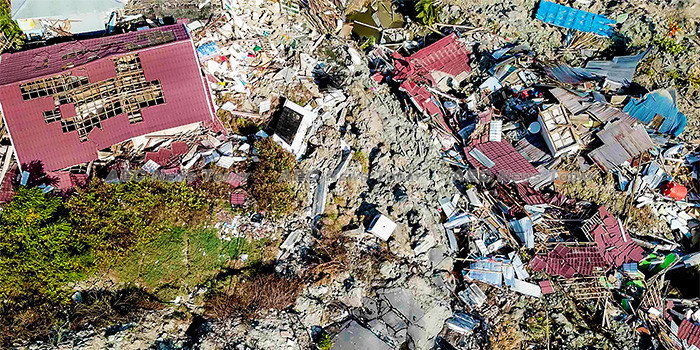 The Asian Development Bank (ADB) has approved a $297.75 million loan to the Indonesian government to aid in reconstruction work in Central Sulawesi, devastated by a 7.4-magnitude earthquake last year.

Part of the financial package will be applied to construction, rehabilitation, and upgrading of education and water supply facilities, while the balance will assist with the rehabilitation and reconstruction of airport and port infrastructure.

The September 2018 Central Sulawesi earthquake affected more than 1.4 million people. Official figures put the number of people killed at 2,081, with 4,438 injured and more than 200,000 displaced. More than 1,300 people were reported missing.

The shallow earthquake was followed by a tsunami causing extensive damage to housing and infrastructure such as water supply, irrigation, roads, bridges, etc. The estimated economic cost of the disaster is put at some $1.7 billion.

The new financing has two components, one of which is in line with higher disaster resilience standards that will help the government construct, rehabilitate, and upgrade education and water supply facilities, including water treatment and distribution.

The other will assist in the rehabilitation of ports in Pantoloan, Donggala, and Wani resulting in improved operating capacity and support the establishment of their respective emergency response plans (ERPs).

Furthermore, the loan will finance the repair and reconstruction of the Mutiara Sis Al Jufri Airport in Palu and improve water infrastructure by rebuilding the Gumbasa irrigation system.

Additional work will see the PASIGALA raw water supply system upgraded, and the installation of hydrometeorological instruments for managing water flows across the river basin to prevent further erosion and tidal flooding.

The latest loan follows $500 million in emergency assistance provided by the ADB in November 2018 to support the Indonesian government’s immediate and near-term recovery activities in Lombok and Central Sulawesi, and a grant of $3 million to support disaster victims financed by the Asia Pacific Disaster Response Fund (APDRF) in October 2018.