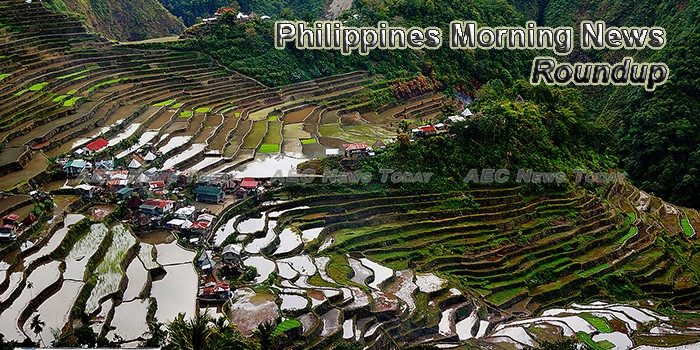 Government to invest P7.7 billion for free Wi-fi service in next 5 years
IMPROVING the state of the Internet in the Philippines—described as slow, expensive and congested—will require an investment of roughly $150 million, or P7.7 billion, from the government over the course of President Durterte’s term, quite a costly Band-Aid solution, but is seen to also help reduce costs in the long run.
— BusinessMirror

PHL needs above 6% GDP growth up to 2040 to end poverty–expert
If the Philippines wants to eradicate poverty, it must post a GDP growth of at least 6 percent every year until 2040, according to a former dean of the University of the Philippines (UP) School of Economics.
— BusinessMirror

PH seeks US grant for local tax academy
The Philippines is seeking a grant from the United States for the establishment of the country’s first tax academy.
— The Manila Times

PH to host Asean+6 construction forum
The Philippines will be hosting an international construction forum next week with the aim of advancing Southeast Asian economic integration and making global players out of local and regional companies.
— The Manila Times

Reform Addresses Need for Impartial Election Staff in the Philippines
On October 2, Philippine President Rodrigo Duterte signed a law postponing barangay (village) and Sangguniang Kabataan (youth) elections to May 2018—less than one month before they were scheduled to take place on October 23.
— Asia Foundation

Inside Islamic State’s Other Grisly War, a World Away From Syria
On the third day of his captivity, during one of the most violent jihadist rebellions outside the Middle East and Africa, Ronnel Samiahan watched Islamist militants make an example of a fellow hostage who had tried to break free.
— The Wall Street Journal (paywall)

After transport strike, House panel tackles PUV modernization
Following a two-day jeepney strike that also led to the suspension of classes and work nationwide early this week, the House committee on transportation on Thursday, October 19, will hold a hearing to discuss the strike and the government’s proposed modernization program for public utility vehicles (PUVs), better known as the Philippine jeepney.
— Rapper

Meralco mulls purchase of up to 100MW additional solar capacity
MANILA ELECTRIC Co. (Meralco) is considering to buy up to 100 megawatts (MW) solar capacity after it agreed to three power supply agreements (PSAs) that have become the benchmark for pricing electricity produced by the renewable energy.
— BusinessWorld

Politics and trade do not mix, Lopez tells EU businessmen
This was the conclusion when Trade and Industry Secretary Ramon Lopez spoke Tuesday, October 17, at the European Union-Philippines Business Summit held at the Solaire Grand Ballroom.
— Rapper

Fratman names 6 behind Atio’s death
THE Senate on Wednesday released the testimony of John Paul Solano, in which he identified six Aegis Juris Fraternity members whom he saw at the fraternity library where UST freshman law student Horacio “Atio” Castillo 3rd died from hazing.
— The Manila Times

Manila to host UN Wildlife Conference next week
Over 120 countries will gather in Manila on October 23 to 28 for the 12th meeting of the Conference of the Parties to the Convention on Migratory Species (CMS COP12), the first time the conference will be held in Asia.
— The Manila Times