By Maria Mirasol Rasonable on November 6, 2018 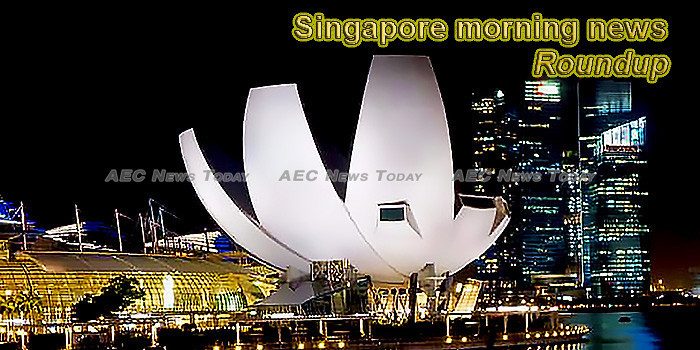 Singapore’s Claim as a Street-Food Hub Riles Malaysians
Ever since Singapore separated from Malaysia and declared independence in 1965, the two neighbors have argued over who has stronger claims to aspects of their shared heritage.
— The New York Times

Singapore Assessing Growth Forecasts Amid U.S.-China Spat, Minister Says (video)
Singapore Finance Minister Heng Swee Keat says the government may need to review its economic growth projections for next year because of the trade spat between the U.S. and China.
— Bloomberg

Singapore to shore up defences as mercury and seas rise
The threat of climate change to Singapore and the world has become increasingly serious, and the Republic must act to shore up its defences.
— Straits Times

Man who drove into sea off Sentosa Cove had taken illegal drugs, court heard
A Grab driver, who drove his multi-purpose vehicle (MPV) into the waters off Sentosa Cove last year and had to be rescued, was under the influence of narcotics when he went behind the wheel that day, a district court heard on Monday (Nov 5).
— Straits Times

Singapore to follow Malaysia, scrap motorcycle toll at Tuas
Singapore will do away with its 40-cent toll on motorcyclists at the Tuas checkpoint, in line with Malaysia’s decision to abolish it at the Linkedua or Second Link next year.
— Free Malaysia Today

China and Singapore have concluded talks on upgrade of FTA: MTI
Singapore and China have concluded negotiations on an upgraded free trade pact (FTA) between the two countries, said Singapore’s Ministry of Trade and Industry (MTI) on Monday (Nov 5)
— Straits Times

S’pore well placed to be e-commerce hub for region
Goods imported into Singapore take slightly over 30 hours to clear the border compliance process. This might sound like a long time, but it is almost a third of the time that goods imported into Indonesia might take.
— Straits Times

Clan federation plans 8 projects to mark nation’s bicentennial
They sailed through choppy waters to Singapore in large, overcrowded junks, often with hundreds of passengers on each vessel jostling for space.
— Straits Times

SCDF’s hazmat capabilities on standby
The threat of chemical, biological and radiological attacks is a key focus for the Singapore Civil Defence Force (SCDF) in its security preparations for the coming Asean Summit to be held here from Nov 13 to 15.
— Straits Times

New garb for a new start
A family all dressed up for Deepavali on Oct 27, 1962. Deepavali, also known as the Festival of Lights, will be celebrated today. During the festival, Hindus don new clothes to represent a new start.
— Straits Times

Maybank transfers community financial services business to Singapore subsidiary
As a result, 1,850 employees will be transferred from the branch to the subsidiary.
— Singapore Business Review