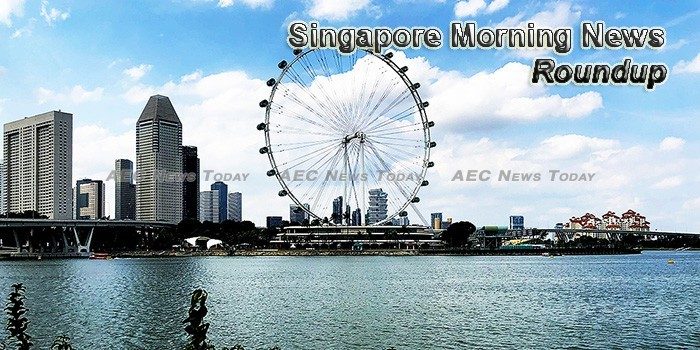 The Trump-Kim summit will reportedly take place in Singapore in June
The US and North Korean leaders are likely to meet in Singapore in mid-June, according to South Korean media reports, as tensions ease on the Korean peninsula following the first inter-Korean summit in over a decade.
— Business Insider

The cheapest and most expensive areas to live in Singapore
Singapore is recognised as an exceptionally expensive city, especially when it comes to price of cars and properties.
— Asia One

NUS engineers invent BATLESS microchip that helps IoT devices achieve battery indifference
The National University of Singapore (NUS) announced that NUS Associate Professor Massimo Alioto and his team of engineers have invented a new smart microchip that can self-start and continue to operate even when the battery runs out of energy.
— Open Gov Asia

4 ways for budget travellers to get free accommodation in Singapore
So you’re thinking of visiting Singapore, but you can’t help but cringe at the prices, which look astronomical next to those in neighbouring countries like Malaysia, Thailand and Indonesia.
— Asia One

Households consuming 17% more electricity than a decade ago
Four in five Singapore households are motivated to save energy if they can save money, according to a 2017 National Environment Agency (NEA) study released on Saturday (May 5).
— Channel NewsAsia

Singapore-based company’s smart city solution to be rolled out across 10 towns in China
The IMDA accredited company’s solution will enable cities to operate and manage themselves seamlessly, from enforcing security to ensuring power stability as well as maintaining and automating services and infrastructure.
— Open Gov Asia

Competing in Singapore’s private-hire car market
With Uber set to leave Singapore for good on Monday (May 7), new players are already eager to fill up the space it leaves behind. But in an increasingly cut-throat industry, what will it take for them to survive?
— Channel NewsAsia (video)

5 top office Reits deliver minus 3.2% return in 2018
THE five largest office real estate investment trusts (Reits) on the local bourse with assets in Singapore have brought home an average negative total return of 3.2 per cent year-to-date as of May 3.
— The Business Times

South Korean suspect nabbed after tricking store, telcos to get S$100,000 worth of gadgets
For more than a month, a 36-year-old South Korean man allegedly went on a cheating spree in Singapore, looting more than 60 Apple products and other electronic devices worth close to S$100,000 by using bogus email addresses and fake identities.
— Today Online

Hobbyists, experts voice support for changes to drone regulations
The changes will boost the public’s confidence and encourage them to make use of services involving the use of drones, says one industry player.
— Channel NewsAsia (video)

Three dengue-related deaths reported in Jurong West cluster
Three people who lived in a dengue cluster at Jurong West — the largest so far this year — have died in the past three weeks, the Ministry of Health (MOH) and the National Environment Agency (NEA) said in a press release on Saturday (May 5).
— Today Online