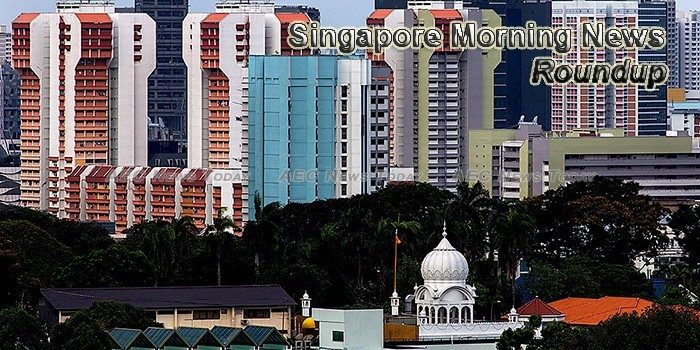 Singapore’s Million-Dollar Investments Will Drive AI Growth In Southeast Asia
Fingerprint scanners and face-recognizing cameras will become more common sights throughout Singapore’s businesses and public utilities, and major artificial intelligence companies kicking off operations in the country expect to bring their tech throughout the ASEAN region in the near future.
— Forbes

Singapore Budget 2018: Higher airport charges now will avert big hike later: minister
RAISING passenger charges earlier to fund the airport’s Changi East development is being undertaken to avoid imposing a big hike in the amount airport users would have to pay down the road, said Second Minister for Transport Ng Chee Meng in Parliament on Wednesday.
— The Business Times

No more full rider policies for health insurance
Those looking to buy health insurance such as the Integrated Shield Plan (IP) will have to take note that full-rider policies, which can pay for your entire hospital bill regardless of its amount, will be a thing of the past.
— The New Paper

Singapore Government aims to develop lifelong learners in preparation for dynamic future
During the Ministry of Education (MOE) in Singapore Committee of Supply (COS) Debate on March 5, it was revealed that the MOE will expand reskilling and upskilling opportunities, through industry-relevant and bite-sized modular courses.
— Open Gov Asia

Diabetes still top concern
This was unveiled by Ministry of Health (MOH) yesterday at the Committee of Supply debate, as part of its efforts to combat diabetes.
— The New Paper

1,400 people from Singapore have US$50m or more in net assets
Singapore’s ultra-wealthy population surged to 1,400 individuals in 2017, up 18 percent from 1,190 the year before, according to Knight Frank’s 2018 Wealth Report unveiled today.
— Property Guru

Singapore energy startup Electrify raises $30m in token sale
Electrify, a Singaporean startup that allows consumers to compare prices before buying electricity via its marketplace, has raised $30 million in funding via token sale, boosting its efforts to make electrical energy more accessible and affordable in the region.
— DealStreetAsia