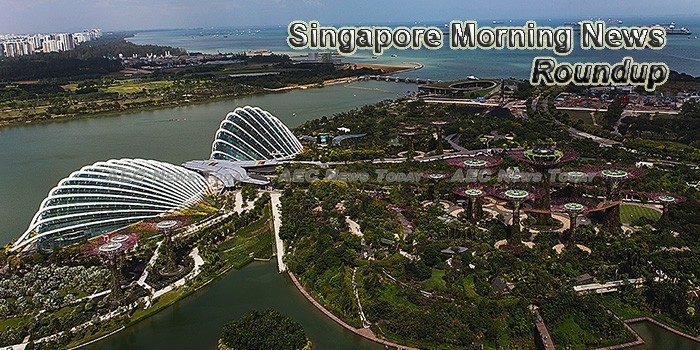 Singapore again named Asia’s most liveable city, ranks 25th in the world
Singapore has come in 25th globally and retained its position as the Asian city with the highest quality of living, according to human resources consulting firm Mercer’s 20th annual Quality of Living survey.
— The Straits Times (paywall)

Carbon tax bill passed amid concerns over its impact on competitiveness
The Carbon Pricing Bill sets out a framework for implementing the carbon tax, including the measurement, reporting and verification requirements. The carbon tax will be introduced from 2019 on large direct emitters of greenhouse gases such as power stations, and is expected to affect between 30 and 40 emitters currently operating in Singapore.
— Channel NewsAsia (video)

Singapore will ban shared-bike users caught parking indiscriminately
Users caught for parking their shared bicycles indiscriminately more than three times in a year will be banned temporarily from renting from all bike-sharing operators, following amendments made to the Parking Places Act passed on Tuesday.
— Bangkok Post

OCBC Bank Opens Doors Of $180m Singapore Data Centre
Financial organisation claims the facility is the first in Southeast Asia to have one technology command centre monitoring and managing both cybersecurity and day-to-day operations of core IT systems.
— Data-Economy

Some take precautions, some fear onset of trade war: Singapore firms parse threat of US tariffs
Since the announcement of fresh tariffs on steel and aluminium imports into the United States, Kim Ann Engineering has been drawing up contingency plans.
— Channel NewsAsia

Developing cost-effective, energy efficient IoT solutions for outdoor as well as indoor applications
Mr Lee talked about two classes of IoT, ‘deep’ IoT and ‘wide’ IoT. Deep IoT devices require high bandwidth and power supply. UnaBiz looks at wide IoT, which refers to devices that are very light, battery-powered and operate on pervasive networks. They can work anytime, anywhere in Singapore and do not rely on WiFi or the cellular network.
— Open Gov Asia

Singapore seeks another economic miracle maker for next PM
Rallying cries rarely heard in Singapore carried across the lush green lawn of Hong Lim Park in early March. About 100 people had gathered under an occasional drizzle to protest a planned increase in the goods and services tax. “The government is overspending on infrastructure!” one demonstrator yelled.
— Nikkei Asian Review (metered paywall)

Digital Shadows expands to Germany and Singapore
Stefan Bange has joined to run Digital Shadows’ German and DACH region and Lawrence Loh will run the Far Eastern region based out of Singapore.
— HedgeWeek