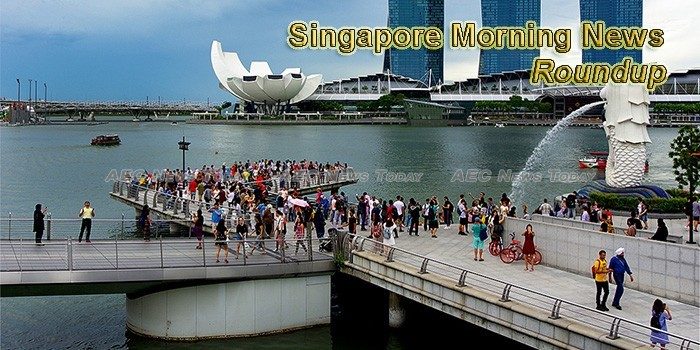 Eye-disease cases in Singapore may spike in next two decades, study shows
The number of people with eye diseases in Singapore could increase sharply in the next 20 years, a local study has found.
— The Straits Times

Singapore part of Malaysia? US red-faced after ‘reunification’ blunder in Pompeo comments
As the US prepared for a summit some hoped may bring peace to the long-divided Korean peninsula, Washington accidentally hinted at another unlikely reunion by listing Singapore as part of Malaysia.
— South China Morning Post

Kenya, Singapore ink deal to cut taxes, boost investments
Kenya and Singapore have signed pacts that will see their firms pay taxes only once when their trade traverse the two states.
— Business Daily Africa

What’s next for Malaysia and Singapore?
The change of government in Malaysia represents a decisive turning point for the country.
— The Edge Markets

Singapore rivalry should not make Hong Kong averse to copying its models for success
It’s abnormal that a city state with a median household income of around S$9,000 (US$6,742), about 50 per cent higher than Hong Kong’s in 2016, can register a level of private consumption as a percentage of gross domestic product that falls way short of its peer.
— South China Morning Post

Singapore retail sales a mixed bag; inches up 0.4% in April
RETAIL sales continued its lacklustre streak in April, ticking up marginally by 0.4 per cent compared to a year ago, dragged down by a sharp dip in computer and telecommunications equipment.
— The Business Times (paywall)

NTUC pulls Myanmar brand mangoes after S’pore importer accused of packing other varieties
Sometimes, what you pay for may not be what you see on the packaging.
In this instance, a fruit company named Myanmar Golden Produce Pte Ltd (MGP) — which supplies a type of mango called Sein Ta Lone mango — is accusing a Singapore importer of selling inferior mangoes under their brand.
— Mothership