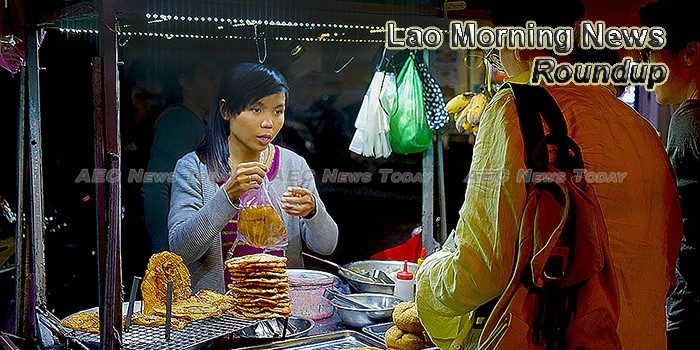 PM pushes for further success on back of Asean Summits
Prime Minister Thongloun Sisoulith has called on the government and businesses to convert the success of the Asean Summits hosted by Laos last year into productive outcomes, to maximise the benefits brought to the nation.
— Vientiane Times

Laos placed among the lowest contraception usage in Asia
Laos, Nepal and Myanmar are the countries which have the lowest number of contraceptive users in Asia, according to the latest United Nations’ figures.
— Vientiane Times

6th Job-Education Fair to Be Held Next Month
Fresh graduates, students and job seekers who wish to continue their studies or get new jobs must not miss the coming 6th Job and Education Fair at the Faculty of Engineering (Sokpaluang), Vientiane Capital on May 19.
— Lao News Agency

Furniture Makers’ Need Better Craftsmanship to Make It Overseas
Lao furniture makers’ craftsmanship and skills need to be improved in order for them to meet the competition in the international market.
— Lao News Agency

More Buses for Pi Mai, Fixed Prices
The Northern Bus Station is ready and equipped to provide service to passengers and commuters who plan to return to their hometowns or visit other people’s hometowns, during the Lao Lunar New Year on April 14-16.
— The Laotian Times

Cambodia, Laos draw back troops in bid to avoid escalation at border
After a two-hour meeting, Cambodian and Lao provincial military and border officials yesterday reached an agreement to draw back forces from two undemarcated zones where the building of outposts had recently sparked military stand-offs, according to a general in the area.
— The Phnom Penh Post

Savannakhet bridge immigration fee ruling not yet enforced
Immigration staff at the Lao-Thai Friendship Bridge, which links Savannakhet province to Mukdahan province in Thailand, are still waiting for instructions from the provincial office about ending the collection of immigration and service fees.
— Vientiane Times

Investigation underway over Asianface scandal
Police are investigating Asianface Company Ltd to locate where millions of US dollars have been channelled and what the money was used for after it was unlawfully mobilised from investors.
— Vientiane Times

More Vans, No Fare Change During Pi Mai Lao
The Northern Bus Station is ready to provide its best service to passengers and commuters who plan to return to their hometowns during the Lao Lunar New Year on April 14-16.
— Lao News Agency

Massive land area awaiting UXO clearance
Representatives from the government and development partners spoke about this persistent scourge at an event held in Vientiane yesterday to mark this year’s International Day for Mine Awareness and Assistance in Mine Action.
— Eleven Myanmar

Military Tension on Laos Border De-Escalated for Khmer New Year
A recent escalation in military tension between Cambodia and Laos over the construction of a border-crossing post cooled on Wednesday, with the two sides agreeing to a plan that includes the retreat of soldiers until after the Khmer New Year, officials said.
— The Cambodia Daily (paywall)