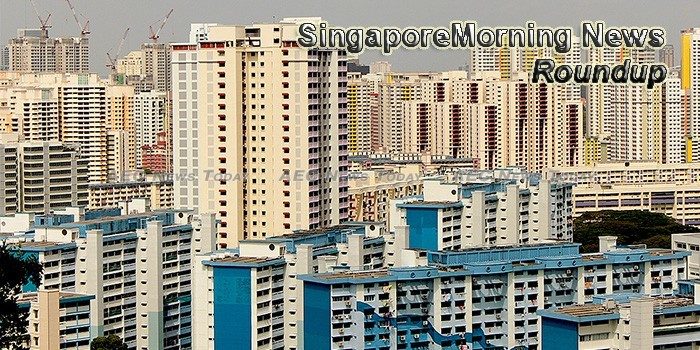 Singapore bans film focused on indicted Palestinian teen activist
Singapore has banned a film festival from screening a documentary later this week that features a teenage Palestinian female activist whose arrest last month has made her a symbol of resistance to Israeli military occupation in the West Bank.
— Reuters

SMEs hope for pickings in 2018, but are still dogged by challenges
The Singapore economy may have performed much better than expected last year, but many small and medium-sized enterprises (SMEs) are still waiting to reap the gains from that.
— The Business Times

Singapore’s foreign policy a fine balancing act
I was heartened to see Singapore vote in favour of the UN General Assembly resolution rejecting the US attempt to recognise Jerusalem as the capital of Israel.
— The Straits Times (paywall)

3D imaging could be a breakthrough for skin cancer detection
Researchers from Singapore and Germany have developed a new 3D skin imaging technique, which could prove to be a game changer in the detection of non-melanoma skin cancer.
— Channel NewsAsia (video)

How Singapore Math Improved Scores at a U.S. School
Singapore has gained international recognition for its success on the Programme for International Student Assessment (PISA) and the Trends in International Mathematics and Science Study (TIMSS), which compare the academic performance of countries around the world. Singapore is leading the world academically in every subject area, and many educators are interested in learning the secret behind Singapore’s success.
— Education Week

LTA calls for researchers, industry to help tackle transport challenges
A real-time journey planner that uses artificial intelligence (AI) to let commuters know how much time their journeys will take and where the crowds are, and satellite “smart” work centres that enable people to work near their homes.
— Today Online

Number of re-offending youth down,but more can be done, says Lee
To address the problem, an inter-ministerial committee will be set up to suggest how these youngsters can be given more help to mend their ways.
— The New Paper

SINGAPORE’S LARGEST VENTURE INVESTOR ZACH PIESTER ADVISES ON BLOCKCHAIN INVESTMENTS AT BLOCKCHAIN & BITCOIN CONFERENCE PHILIPPINES
Headliner of Blockchain & Bitcoin Conference Philippines, which will be held on January 25 in Manila, will be one of the largest investors in Singapore, co-founder of the venture company Intrepid Venture and crypto evangelist Zach Piester. The expert who has worked with hundreds of startups will tell the audience how to get the maximum profit from investing in blockchain projects and ICO tokens.
— Bitcoinist

LaLa World Global to Launch $10M Public Token Sale Jan. 5
Blockchain startup LaLa World is pleased to announce the long anticipated launch of the Lala Token sale to commence on January 5, 2018 and to run through February 5, 2018. A total of 150 Million LALA Tokens will be released in an initial coin sale (ICO) starting this Friday.
— BusinessWire