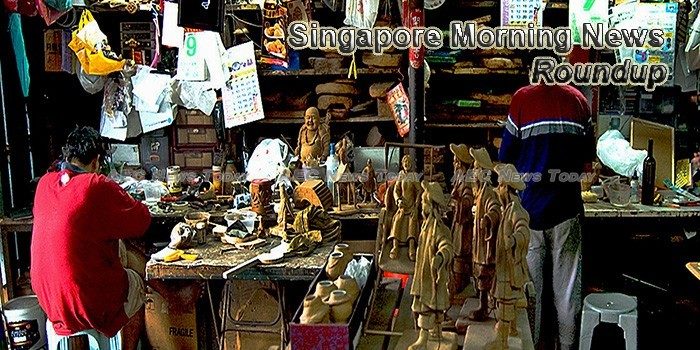 Singapore households are richer by 15.5% versus five years ago
On average, they earned around $9,023 in 2017.
Singapore’s median monthly household income gained by 15.5% within 2012 to 2017, translating to a rate of 2.9% per year, the Department of Statistics (SingStat) revealed.
— Singapore Business Review

Singapore high GDP gives it supremacy in Southeast Asia’s eCommerce
Malaysia is on par with Singapore with 74% share of mobile traffic and though Malaysia saw a steady increase from the past year, Singapore remains supreme in the state of eCommerce in the region.
— The Independent Singapore

Singtel Q3 profit falls 9%
Singtel has reported a 9% decline in profit for its fiscal third quarter to S$890 million ($671.7 million) as a result of declining voice revenues, higher costs and lower earnings from the operator’s regional mobile associates.
— Telecom Asia

Govt transfers, taxes keep income gap at bay
SINGAPORE’S income inequality changed little in 2017 from 2016, as government transfers and taxes narrowed the gap between the rich and poor, according to a Department of Statistics (DOS) report released on Thursday.
— The Business Times

CNY hongbao rates in Singapore 2018 – everything you need to know
Young Singaporean parents or newlyweds giving out Chinese New Year hongbaos for the first time often have no clue about the market CNY hongbaorates and traditions surrounding hongbao giving.
— Asia One

Singapore’s Ezion bags $1.5b refinancing package from secured lenders
A group of banks – DBS, OCBC, UOB, Maybank, and CIMB – and Caterpillar Financial have agreed to provide Ezion Holdings with a refinancing package of approximately $1.5 billion, which will stretch over six years.
— DealStreetAsia

Stolen clothes worth S$9,000 recovered, two women arrested
The police have recovered 167 pieces of stolen clothes, valued at close to S$9,000, and arrested two 34-year-old women for their suspected involvement in a series of shop theft cases.
— Channel NewsAsia