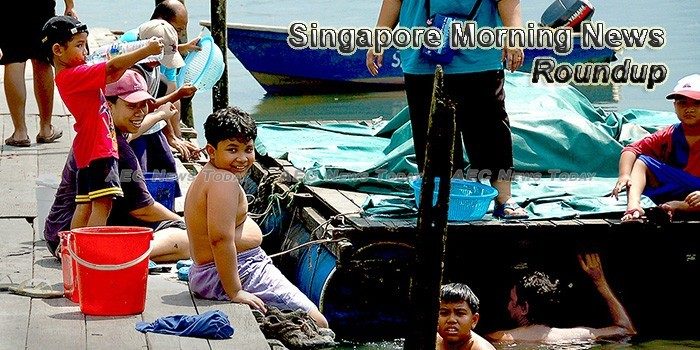 Singapore to stick to one operator when Tuas port opens
Singapore, which is building a new mega port in Tuas, has ruled out having a second operator to manage the larger facility, which will open progressively from 2021.
— The Straits Times

Singapore Government Looks to Consolidate Casino and Gaming Regulations
Singapore Second Minister for Manpower and Home Affairs Josephine Teo said this week the country needs to consolidate its casino and gambling regulations in order to protect the industry that provides critical revenue to the federal government.
— Casio Org

Qoo10 takes e-commerce fight to next level with bulked-up war chest
CAUGHT in a raging battle between Chinese tech behemoths Tencent and Alibaba, Singapore-based Giosis, which operates Qoo10, is not going down without a fight after acquiring a hefty war chest from the sale of its Japanese business to eBay.
— The Business Times

Retail giants knock on Singapore’s door
Retailers are lured by low taxes and expansion opportunities.
When Japanese discount chain Don Quijote opened its first store in Singapore last November, it was the first step in its campaign to conquer the rest of Southeast Asia.
— Singapore Business Review

Singapore begins to normalise monetary policy: QNB
Singapore’s monetary policy regime centres around the management of the exchange rate rather than a policy interest rate.
— The Peninsula Qatar

How to be a smart user of organic products
Even as organic personal care products are rising in popularity, experts say they may not necessarily be better or safer than non-organic versions. In this week’s Spotlight, Eugenia Lim looks at what consumers can do to protect themselves from harm.
— Channel NewsAsia (video)

SMRT said it engaged global executive search firm to find new CEO
In a letter to The Straits Times forum on April 21, Margaret Teo, the Vice-President for Corporate Communications of SMRT Corporation, reiterated that Neo’s appointment was no easy feat or fluke.
— Mothership

Workers to get help spotting chronic conditions earlier under workplace health and safety campaign
To boost workplace health and help employees with chronic conditions spot them earlier, the Workplace Safety and Health (WSH) Council is teaming up with the Health Promotion Board to co-fund health screenings and programmes to encourage healthy lifestyle habits.
— Today Online

SBS Transit announces initiatives to improve reliability of train services
SBS Transit, a leading bus and rail operator in Singapore, has signed a Memorandum of Understanding (MOU) with the Taipei Rapid Transit Corporation (TRTC) and Metro Consulting Service Ltd (MCS) to strengthen its engineering and maintenance capabilities and improve the reliability of its train services.
— Open Gov Asia

Amid heightened threats, 1 in 10 Bills passed related to security and defence
It has been a busy first half of the 13th Parliament: Since the session opened in January 2016, the House has passed a total of 108 Bills on areas ranging from security challenges and the criminal justice system to the environment, among other things.
— Today Online