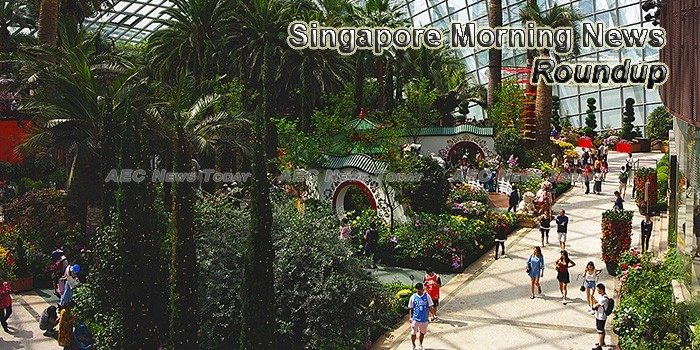 Protectionism ‘dangerous’; Commonwealth countries should promote trade among themselves: PM Lee
Protectionism will damage the multilateral system of trade and investments, and result in strategic rivalry between great powers that can destabilise the world, said Prime Minister Lee Hsien Loong at the Commonwealth Heads of Government Meeting (CHOGM) on Thursday (Apr 19).
— Channel NewsAsia

Transformation in Singapore tourism
IF our internal rate of change is slower than the rate of change in our operating environment, we risk irrelevance.
— The Business Times

Plans revealed for real-time cross-border payments system between banks in Australia, China, Singapore and Thailand
Many countries in Asia-Pacific are developing domestic real-time payment systems. Examples include PayNow in Singapore, PromptPay in Thailand and the New Payments Platform (NPP) in Australia. But cross-border payments are still expected to take days.
— Open Gov Asia

Safeguarding Singapore’s seas with Navy’s ASSeTs
A masked man charges forward on the deck of a vessel, knife in hand.
— Channel NewsAsia

Construction services firm sees revenue grow 4 times to S$12m after R&D investment
Through research and development (R&D), a building and construction materials-testing company has been able to develop a new business segment that now contributes to one-fifth of its total revenue.
— Today Online