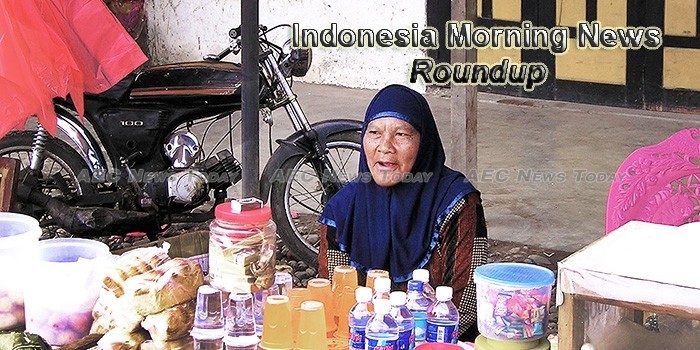 Indonesia Warns US Mining Giant in Fresh Dispute
There is rising concern among business sources in Jakarta that tension between the Indonesian government and the US-based mining giant Freeport-McMoRan, Indonesia’s oldest foreign investor, which has been in a months-long deadlock over future mining, could affect relations between Washington and Jakarta.
— The Asia Sentinel

Indonesia pushes for Australia to import more palm oil and paper
One of Indonesia’s top trade officials has questioned whether “artificial” trade barriers are preventing Australia importing more palm oil, pulp and paper and wood products as the two countries negotiate a free trade deal to be concluded this year.
— Newcastle Herald

Indonesia scrambles in tax amnesty final countdown
With less than a month remaining before the end of the tax amnesty, the government may need to accept the reality that it will miss its target for the flagship program amid slowing public participation.
— The Jakarta Post

Businesses urged to invest in Indian Ocean region
The government has called on domestic business players to invest in the Indian Ocean region to benefit from abundant untapped business opportunities as well as help boost exports.Investment Coordinating Board (BKPM) head Thomas Lembong expects businesspeople to work on potential partnerships with prospective counterparts during the Indian Ocean Rim Association (IORA) Business Forum on March 6.
— The Jakarta Post

Women March in Jakarta to Demand Equality
More than a thousand people participated in the Women’s March Jakarta on Saturday (04/03) to demand equality for women and minority groups.
— Jakarta Globe

Trade: Indonesia & the Indian Ocean Rim Association (IORA)
Considering ongoing uncertainty about the future of the Trans Pacific Partnership (TPP) after US President vowed to exit this trade deal, Indonesia is eager to find other strategies to boost Indonesia’s export performance.
— Indonesia Investments

Cultural movement seeks Indonesian women to wear, preserve kebaya
Hundreds of kebaya (Javanese long-sleeved blouses and dresses for women) enthusiasts have gathered at the “1,000 Perempuan Berkebaya” (1,000 Women in Kebayas) event held at the Education and Culture Ministry building in South Jakarta on Friday.
— The Jakarta Post

National scene: Wholesalers nabbed over chili monopoly
The National Police have arrested two people for allegedly monopolizing the red chili trade, which they said had contributed to skyrocketing chili prices across Indonesia.
— The Jakarta Post

Indonesian Police Peacekeeping Unit Returns Home After Detention in Sudan
The Indonesian Formed Police Unit, or FPU VIII, returned to Indonesia on Sunday (05/03) morning after being detained at the Al Fashir Airport in Sudan since January for allegedly attempting to smuggle a large number of weapons and ammunition.
— Jakarta Informer

Indonesia won’t budge on divestment rule for Freeport: minister
Indonesia will not back down from new rules requiring Freeport-McMoran to divest a majority stake in its local unit, Energy and Mineral Resources Minister Ignasius Jonan said, in a dispute over rights to the world’s second-biggest copper mine.
— Reuters

Hebbalkar denies charge of owning mining company in Indonesia
President of the Karnataka Pradesh Mahila Congress Laxmi R. Hebbalkar has categorically denied the allegations of owning a mining company in Indonesia levelled by senior leaders and MLAs of the BJP, S. Suresh Kumar and C.T. Ravi, recently. “If they prove the charges, I will not only quit politics, but even gift the entire company to that party and their leaders Mr.Kumar and Mr.Ravi,” she said.
— The Hindu

Zuma arrives in Indonesia for IORA Summit and state visit
President Jacob Zuma has arrived in Indonesia to attend the Summit of the Indian Ocean Rim Association Business Forum and Leaders’ Summit in the Asian state.
— Times Lives

Batam businessman named suspect over police meme
After a three-month investigation, Riau Islands Police have named Makruf Maulana, head of the province’s Chamber of Commerce and Industry (Kadin), a defamation suspect for posting a meme that was perceived as insulting the police.
— The Jakarta Post