Rice self-sufficiency insufficient: In search of a better food security policy for Asia 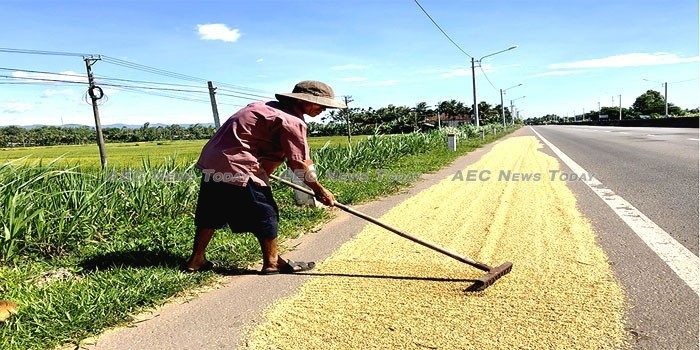 Three processes drive modernisation: a structural transformation of the economy with agriculture playing a lesser role as the country gets richer; an agricultural transformation that raises the sector’s productivity and produces a more diversified output; and a dietary transformation that occurs when consumers become richer and can afford to choose from a greater variety of foods. That these three transformations are linked through economic, political, and cultural forces complicates the task of designing sensible food policies for emerging economies.

The structural transformation of poor, agrarian economies into rich, industrial- and service-based economies is arguably the only sustainable path out of poverty. Surplus labour from agricultural households migrates to more productive employment found off the farm, generating a process of economic growth.

In East and Southeast Asian countries such as China, Indonesia, South Korea, Malaysia, the Philippines, Thailand, and Vietnam, both agricultural sectoral employment and contribution to GDP declined relatively smoothly from 2000 to 2016.

Malaysia and China have been star performers, reducing their gaps in agricultural and non-agricultural productivity by more than two-thirds between 2000 and 2016. The Philippines is the region’s laggard, only reducing its gap by a quarter.

Labour productivity in agriculture has two components: the physical yield of commodities and the value of that output in home consumption or in the market.

Agricultural labour productivity and incomes can be raised by policies affecting output prices, as well as by investments that raise physical yields of crops and livestock.

Of course, markets also affect agricultural commodity prices. For instance, an unusual upwards movement in agricultural contribution to GDP in Malaysia and Thailand in 2010 reflected higher world prices for palm oil and rice at that time.

The future of agriculture in Asia

For tradeable commodities such as rice it is much easier for policy to affect the price than the farm yield, but price interventions can be costly to consumers, taxpayers and economic efficiency. Despite this, interventions to encourage domestic rice self-sufficiency by taxing and increasing the price of rice imports are widespread throughout Asia.

The future of agriculture in Asia depends on two quite separate forces: the dynamics of the development of specific commodity systems and the drivers of dietary demand for specific foods and nutrients.

Maintaining international trade as an efficient balancing wheel can keep the cost of domestic food security at reasonable levels, although countries do worry about importing the instability of world markets into their own economies.

Food security in most of Asia depends on a competitive and profitable agricultural sector connected to modern supply chains, efficient agro-processing, and competitive retail outlets.

However, food security no longer depends on the degree of rice self-sufficiency in a country. Indeed, more nutritious foods — vegetables, fruits, animal proteins, and fish products — have greater value added at the farm level, as well as along the entire domestic food supply chain. These foods will play a much more important role in the future in ensuring food security throughout the region.

The health consequences of Asia’s rapidly changing dietary patterns are poorly understood, but are certainly implicated in the region’s obesity and diabetes epidemics. A nutrition-oriented food policy is badly needed going forward in all countries. It needs to be consistent with consumer preferences, market forces and public health realities.

Such a food policy will need to be designed and implemented by individual countries, but greater emphasis on high-quality nutrition, education, taxes on ‘empty calories’ such as those found in sweetened soft drinks and greater access to preventive medical care are likely to be in the policy mix.

This article was written by Peter Timmer, Thomas D Cabot Emeritus Professor of Development Studies at Harvard University. This article first appeared on East Asia Forum under a Creative Commons License and is reproduced here with its permission.

COVID-19: the time to act on food security is now