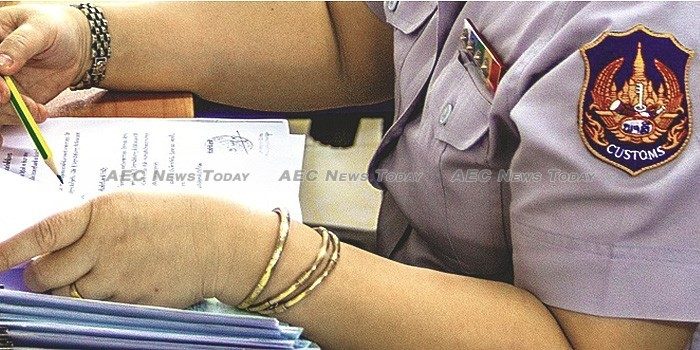 Lao PDR is among the fastest growing economies in Southeast Asia: economic growth has averaged 7.8 per cent over the past decade. Despite the slow recovery of the global economy, the country’s growth rate was 6.9 per cent in 2017 and is expected to be 7 per cent in 2018. This is buoyed by an expansion in electricity production, manufacturing and agriculture, and it occurs despite a slight drop in tourist arrivals.

Merchandise trade in Laos has expanded 20 per cent annually on average over the past ten years. But Laos conducts most of this trade with its immediate neighbours: Thailand, China, and Vietnam account for 85 per cent of Lao trade volume. This is primarily because Laos is the only landlocked nation in the region, and being landlocked raises international trade costs by up to 50 per cent. As such, an improvement in transport connectivity is critical for Laos’ development.

Even when landlocked status is put to one side, insufficient transport infrastructure is one of the biggest challenges for Laos. At present, road transport is the dominant mode of transport, constituting 70 per cent of the country’s total freight traffic. Laos has no significant rail or water transport.

From Landlocked to Land-linked

Laos has leveraged its geopolitical situation to transform the country’s position from being ‘landlocked’ to ‘land-linked’.

Construction of the Lao–Chinese railway began in December 2016. The cost of this mega-project is expected to reach US$6 billion; 70 per cent will be funded by China and the remainder will be funded by Laos. This 427 kilometre (about 265 mile) railway link is foreseen to be finished by 2021 and will form part of the Kunming–Singapore pan-regional connectivity route, which was 12 per cent complete as of November 2017.

Laos is also working with Vietnam to prioritise the construction of a 600 kilometre (373 mile) rail link between its capital Vientiane and Vietnam’s seaport, Vung Ang. This project aims to improve Laos’ access to the sea. Both countries also plan to construct a six-lane highway to connect their two capitals — another mega project that will cost $4.5 billion.

These projects add to the regional connectivity efforts that Laos has already made with Thailand and Myanmar. The first Lao–Thai Friendship Bridge, which was partially financed by the Australian government, began operations in 1994. Four international bridges over the Mekong now connect Laos’ capital and other economically important cities to Thailand. These friendship bridges now extend to more nations than Thailand: Laos opened its first friendship bridge with Myanmar in May 2015.

Although transport infrastructure is expected to improve thanks to investments in the pipeline (including a railway link from China), Laos was among the world’s bottom 10 in a recent survey on logistics performance.

The country’s overall ‘logistics performance index’ (a weighted average of key ease-of-shipping indices) was 2.07 in 2016, which is down from 2.39 in 2014. Laos remained behind all other Asean members in almost all aspects including efficiency in border clearance, trade and transport infrastructure and logistics competence. The only areas where Laos did not score last were timeliness and international shipments, in which Laos scored comparably to Myanmar.

According to the Japan External Trade Organization (JETRO), Laos has the highest logistics costs in the region. It costs $2,500 to ship a 40 foot container from Vientiane to Yokohama compared with $1,200 from Phnom Penh or $1,000 from Hanoi.

The cost of transit from Vientiane to Bangkok is $1,700, of which 40 per cent is attributed to clearing customs and transport-related procedures at the Lao–Thai border checkpoint.

This highlights the critical importance of improving not only transport infrastructure but also administrative efficiency in order to better connect Laos to the region and restore growth to its historical average.

Hence, customs modernization efforts are underway particularly in the organisation of clearance procedures. A chief example is the introduction of the UN-designed Automated System for Customs Data (ASCS), which has reduced the time for customs clearance.

It is essential that the current efforts continue in order to boost customs enforcement and to ensure effective regulation, as trade volumes are expected to increase when the Asean Economic Community (AEC) — which was officially launched in December 2015 — begins operating in full swing.

Improved regional connectivity will also help Laos compete internationally. Production networks are becoming a prominent feature of global trade. The associated dispersion of manufacturing across different countries to exploit geographic advantages presents opportunities for Laos to tap into segments of regional supply chains appropriate to its level of development. But this will be only be possible if Laos has the necessary connectivity infrastructure.

Laos is already engaged with production networks in food processing and garments. It has also begun to tap into other elements of labour-intensive assembly such as electronics components, lens polishing, medical equipment and automotive wire harness. Laos needs to reduce its logistics costs before it can further connect to entrenched regional networks of production.

This article was written by Buavanh Vilavong, a PhD candidate at the Crawford School of Public Policy, the Australian National University (ANU). It first appeared on East Asia Forum under a Creative Commons License and is reproduced here with its permission.