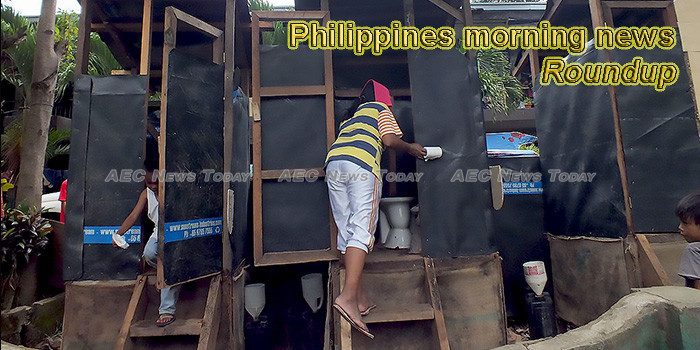 PH ranking in 2018 global talent survey plummets
The Philippines ranking in the 2018 world ranking on the quality of workers plummeted to 55 from 45 in 2017 among 63 countries on worsening concerns on employment and the country’s education system.
— Manila Bullein

Protests, Winnie the Pooh Memes Greet Xi Jinping in Philippines
Chinese Communist Party leader Xi Jinping received a frigid welcome in the Philippines on Tuesday as hundreds of protesters circled the Chinese embassy in Manila and others took to attacking Xi on social media for launching a colonization campaign in Philippine territories of the South China Sea.
— Breitbart

Exclusive: Philippines announces plans for Blockchain in Budget & Management
The Philippines will use blockchain in its procurement process, and is tracking major projects from space to slash corruption, Budget Secretary Benjamin Diokno has told GovInsider in an exclusive interview.
— GovInsider

Senate OKs general tax amnesty bill
The Senate has approved on third and final reading the Tax Amnesty Bill, which seeks to raise at least P36 billion in revenue that could help fund the government’s numerous subsidies.
— The Philippine Star

USD25-M Fish Right program kicks off in Iloilo
A partnership program between the United States and Philippine governments to promote sustainable fisheries in the county was launched in this city on Tuesday (Nov. 20).
— Philippine News Agency

PHL bond market’s growth slows in Q3
THE LOCAL bond market grew at a slower pace in the third quarter as yields spiked due to concerns over elevated inflation and expectations of further monetary policy tightening here and in the United States, the Asian Development Bank (ADB) said.
— BusinessWorld Online

Caritas Philippines builds 30,000 homes for typhoon victims
The social action arm of the Catholic Church in the Philippines says it has spent about US$60 million building houses for victims of Super Typhoon Haiyan that devastated the central part of the country in 2013.
— UCA News

DICT, China Telecom sign deal for submarine cable
THE Department of Information and Communications Technology (DICT) on Tuesday signed a letter of intent with China Telecommunications Corp. that will allow it to use the government’s cable landing facilities to roll out its submarine cable, which is expected to help improve internet speeds in the country.
— BusinessWorld Online

DOTr to impose sanctions on vehicle owners participating in ‘economic sabotage’
The Department of Transportation (DOTr) on Tuesday warned that sanctions will be imposed on vehicles proven to have contributed to “economic sabotage,” such as the participation of several truck groups in a “truck holiday” protest.
— Inquirer.net

IKEA expands to PH with biggest store yet
IKEA’s first Philippine store will finally open in late 2020 and will also be the Swedish furniture retailer’s largest outlet worldwide, company officials announced on Tuesday.
— The Manila Times

Xi cites PH as partner in dev’t, vows continued aid
Chinese President Xi Jinping on Tuesday promised to continue assisting the Philippines, calling it a “good and close neighbor for thousands of years” and a partner in development.
— Philippine Daily Inquirer

Marawi siege recruiter gets 40 years in jail
A Taguig court sentenced Tuesday one of the recruiters in the Marawi siege to a 40 year prison term without parole.
— CNN Philippines

House confirms validity of Mislatel franchise
The House of Representatives Committee on Legislative Franchises chairperson Franz “Chicoy” E. Alvarez sent a letter to the National Telecommunications Commission regarding the latter’s request for guidance on the validity and existence of Republic Act No. 8627, entitled “An Act Granting the Mindanao Islamic Telephone Company Inc., a Franchise to Construct, Establish, Install, Maintain and Operate Wire and/or Wireless Telecommunications Systems in the Philippines.”
— Manilastandard.net