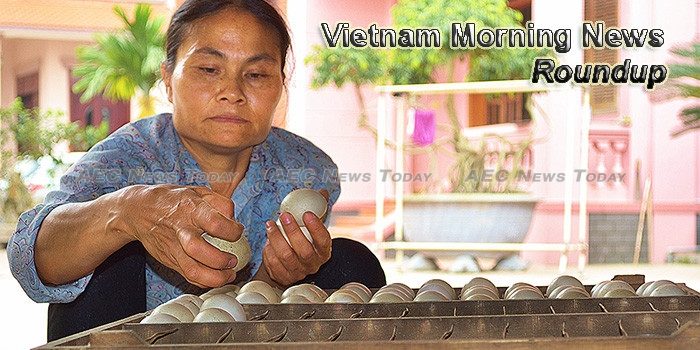 Nearly 2000 business conditions up for the chop
A whopping 1930 conditions on licensing, registration and operations of businesses could be removed under the latest proposal made by the Ministry of Planning and Investment (MPI).
— Viet Nam News

Sugary drinks may get unsavoury tax
As the mother of an obese 10-year-old boy from Hanoi, Nguyen Huong Lan has to do battle with retailers, friends, family, and nursery workers to police her son’s intake of sugary drinks.
— VietnamNet Bridge

Tax increases could have negative impact on economy
MOF has proposed increasing the rate from 10 percent to 12 percent, beginning in January 1, 2019, and to 14 percent from January 1, 2021.
— VietnamNet Bridge

Asia Coffee-Trade slows, Vietnam market may pick up next week
Vietnamese exporters quoted the 5 percent black and broken grade 2 robusta variety at a discount of $45-$50 to the ICE November contract, compared with $35 last week, but few trades were done on scarce supply and amid holiday seasons in importing countries.
— Business Recorder

Over 750 foreigners receive certificates of home ownership
However, several real estate experts said the figure is yet to meet expectations though housing policy for foreigners in Vietnam has been loosened, partly due to their job duration, property location and prices.
— VietnamNet Bridge

FAO pledges continuous support for Vietnam
The Food and Agriculture Organisation of the United Nations (FAO) will continue accompanying Vietnam and supporting the country to implement underway programmes and projects, Assistant Director-General and FAO Regional Representative for Asia and the Pacific Kundhavi Kadiresan has said.
— VietnamPlus

Vietnam, Australia cooperate in combating illegal fishing
Vietnam and Australia have agreed to set up long-term cooperation in combating illegal, unreported and unregulated fishing under a memorandum of understanding (MoU) signed in the Mekong Delta city of Can Tho on August 24 within the framework of the APEC Food Security Week.
— VietnamPlus

Luc Nam finds a fruitful niche
The villagers planted custard apples in their gardens because they liked the fruit, but over the last 30 years or so, it has found even greater favour as an economic staple.
— Bizhub

Vietnam’s second refinery receives first crude oil shipment, ready for launch
The Nghi Son Refinery, only the second of its kind in Vietnam, has received its first shipment of crude oil and looks on-track to begin commercial production by its targeted start in the last quarter of this year.
— Tuoi Tre

APEC officials interested in Vietnam’s rice production, export
At the CLRRI located in Ninh Kieu district, the delegates were briefed on the operation of the institute, which is the premier national institution specialising in rice research.
— VietnamNet Bridge

Lifting Vietnam – Myanmar’s friendship and multifaceted cooperation to a new height
The visit to Myanmar by Party General Secretary Nguyen Phu Trong is considered a milestone in the relationship between the two countries.
— Vietnam Times

Feature photo FAO of the UN
Find our previous morning news feature photos in the AEC News Today Morning News Feature Photos gallery where you will find a pictorial display of daily life throughout the Asean Economic Community (AEC).

Singapore Morning News For May 26