Philippines Morning News For May 7 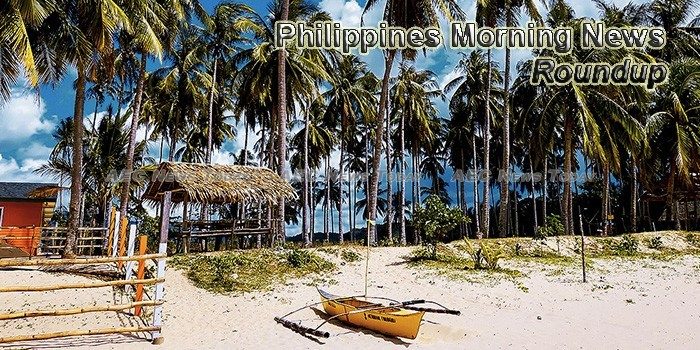 GDP growth likely hit 6.8% in Q1—Moody’s
The Philippine economy likely grew 6.8 percent year-on-year in the first quarter, faster than the actual expansion of 6.5 percent in the fourth quarter of 2017 and 6.4 percent a year ago, on robust consumer spending and higher government expenditures, Moody’s Analytics, a division of Moody’s Corp., said in a report over the weekend.
— Manila Standard

ADB to launch program to help create ‘green’ jobs
The Asian Development Bank (ADB) is set to launch a program this year that will provide funding to local businesses and help them transition into “green” industries.
— Business Mirror

World Bank: 1 in 3 Filipinos has financial accounts
Over a third of Filipinos aged 15 and above owns a formal account, according to the 2017 Global Findex published by the World Bank, the latest edition of the world’s most comprehensive database on financial inclusion.
— Philippine Canadian Inquirer

INC walk for charity sets Guinness marks
OVER a million Iglesia ni Cristo members showed up yesterday for a charity walk on Roxas Blvd. that produced at least two Guinness world records and tied up traffic in adjacent areas, much to the chagrin of motorists.
— Malaya

Cayetano: PH taking diplomatic tack in recent Chinese moves in S. China Sea
The country’s top diplomat said the government was moving quietly to challenge Beijing’s recent actions in the South China Sea so it was unfair for critics to say that nothing was being done to resolve the matter.
— CNN Philippines

Duterte warns corrupt execs: Just leave
President Rodrigo Duterte warned erring public servants again to just leave their posts quietly, as he stressed that he would not let up in his anticorruption campaign.
— Philippine Daily Inquirer

PH agriculture output up 3.95% in 2017 – DA
Philippine agricultural production increased by 3.95 percent in 2017 amid unfavorable conditions that affected the sector, the Department of Agriculture (DA) said.
— The Manila Times

Maynilad allots P743M for pumping stations
MAYNILAD WATER Services, Inc. has set aside P743 million in 2018 to fund the construction of new pumping stations and reservoirs that will boost water pressure for thousands of its customers while connecting a million more to the west concessionaire’s network.
— BusinessWorld Online

Monetary Board approves IRR for credit card law
The Bangko Sentral ng Pilipinas’ (BSP) Monetary Board has approved the implementing rules and regulations (IRR) of the credit card law which will further open the market and enhance consumer protection mechanisms.
— Manila Bulletin

Duterte: China has promised to protect PH
China has assured the Philippines that it will come to its aid in the event of external threats, according to President Rodrigo Duterte.
— Philippine Daily Inquirer