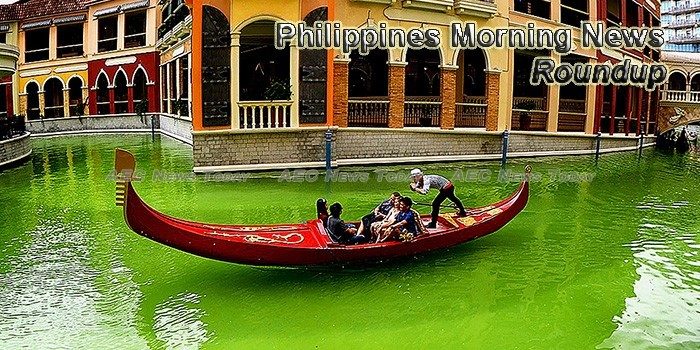 TRAIN halts Philippine auto sales growth, slumps to 2nd worst in Asean in Q1 2018
The new tax reform law took its toll on vehicle sales in the first three months of the year, relegating the Philippines to second worst performer in Southeast Asia during the period.
— Philippines Magazine

Govt debt jumps to P6.9t as peso hits 52 per dollar
Government debt jumped P689 billion or 11 percent to a record P6.88 trillion in March from P6.19 trillion a year ago, following the issuance of Panda bonds and as the peso fluctuated against other major currencies.
— Manila Standard

Metro Pacific to open P300-M cancer care center in GenSan
Local officials, businessmen, and health experts on Friday witnessed the groundbreaking ceremony for the construction of a multimillion-peso cancer care center at the compound of Saint Elizabeth Hospital in General Santos City.
— ABS-CBN

PH a ‘clear-cut loser’ if oil prices keep rising
The Philippines will be among the “clear-cut losers” if global oil prices continue to increase this year, Japan’s Nomura said, with the impact to be felt in the country’s trade and current account balances as well as inflation.
— The Manila Times

Occupational sickness in real estate up 189.6% in 2015–PSA
Occupational diseases more than doubled in the real-estate sector, according to the Philippine Statistics Authority (PSA).
— Business Mirror

Philippines eyes samurai bond issue in Q3
The Philippines is still keen on issuing samurai bonds by the end of the third quarter or early in the fourth quarter, as well as panda bonds next year despite the possibility of higher interest rates.
— Philippine Star

Bank resources grow 12% in Feb. to P14 trillion – BSP
The country’s banking system has a higher total resources of P15.59 trillion as of end-February this year, up 11.67 percent year-on-year, data from the Bangko Sentral ng Pilipinas (BSP) show.
— Manila Bulletin

PDEA: Barangay execs’ links to drugs validated
AS far as the Philippine Drug Enforcement Agency is concerned, the 207 barangay officials whose names were publicly revealed on Monday are all guilty of involvement in illegal drugs even as cases have yet to be filed against them.
— Malaya