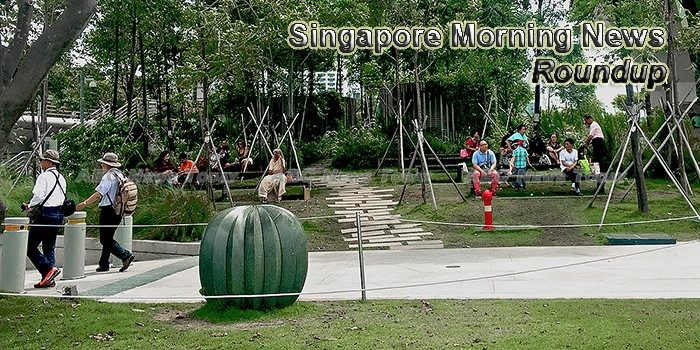 Bank of Singapore to Keep Hiring in Hunt for Growth, CEO Says
Bank of Singapore, which recently broke into the ranks of Asia’s top 10 private banks, intends to keep hiring more relationship managers and focus on serving a wealthier bracket of customers to keep expanding its assets under management.
– Bloomberg

Pay rise of $45 to $60 advised for low-wage workers
Low-wage workers should be given a raise in monthly pay of between $45 and $60 this year, said the National Wages Council (NWC).
— The New Paper

IMDA and SGX to help tech companies list in Singapore
The Singapore Exchange (SGX) and Infocomm Media Development Authority (IMDA) signed a partnership on Wednesday (May 31) to create a platform for fast-growing technology companies to access capital markets in the Republic for business expansion.
— Today Online

SGX lures tech sector, but getting firms to byte will be tough: observers
THE aggressive wooing of the technology sector by Singapore Exchange (SGX) holds promise, but consummating these partnerships will be challenging, say observers and industry stakeholders.
— The Business Times

From shopping mall to office block: Singapore’s micro-farms
Just 25 “micro-farms” could stimulate an agricultural economy in Singapore and produce some 750 tonnes of vegetables a year.
— Food Navigator-Asia

HRnetGroup to conduct $124.6m listing on SGX
Singapore-based recruitment firm HRnetGroup has lodged a preliminary prospectus for a listing on the SGX Mainboard that will see it raise up to S$175 million ($124.6 million).
– Deal Street Asia

Misa Travel’s licence revoked as it is unable to fulfil obligations to customers: STB
Local company Misa Travel had its travel agent licence revoked on Wednesday (May 31), the Singapore Tourism Board (STB) confirmed in a media advisory on the same evening.
— Channel NewsAsia