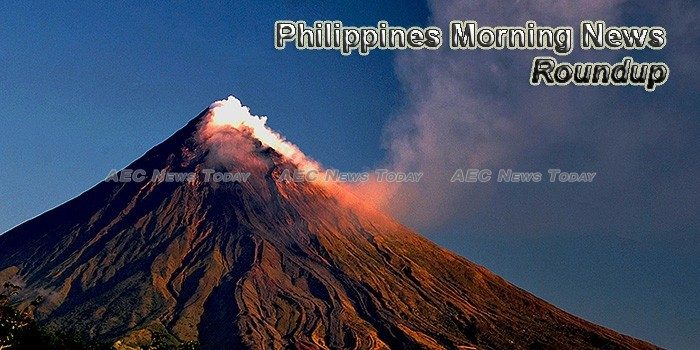 Government to demand full refund, damages from Sanofi
The government is demanding a full refund of P3.5 billion for the controversial anti-dengue vaccine Dengvaxia as well as payment for damages from pharmaceutical firm Sanofi Pasteur.
— Philstar

Roque: Freedom of speech very much alive in PH under Duterte
The Palace said freedom of speech and of the press is not dead in the country despite the revocation of online news agency Rappler’s license to operate, said Presidential spokesperson Harry Roque on Sunday.
— CNN Philippines

Philippines in good position to enjoy GSP+ with EU
The Philippines now has a very slim chance of being stripped of its Generalized Scheme of Preferences Plus (GSP+) status with the European Union (EU) following a positive assessment which highlighted the Philippines’ progress in areas of labor rights and corruption.
— Philstar

House eyes plebiscite sans Senate approval
Proposed revisions to the Constitution will be submitted for approval in a plebiscite even if the Senate does not join a Constituent Assembly with the House of Representatives, a lawmaker said on Sunday.
— The Manila Times

Imminent eruption of Philippine volcano attracts tourists
As residents around Mount Mayon, an active volcano expected to erupt within days, flee their homes, tourists are flocking to the area to watch the mountain’s spectacular lava discharge.
— Asia Times

Security risk a dampener to telco’s entry
The threat of security risk and an impact on its bottom line could dampen state-owned China Telecommunications Corp.’s entry into the Philippine market, broker Papa Securities Corp. said in a study.
— Malaya

Rappler was Aquino’s black-propaganda machine vs Corona
BECAUSE it was new at the time, launched only in January 2012, many have forgotten that the internet-only news outfit Rappler, together with the Philippine Daily Inquirer, made up President Aquino’s vicious black-propaganda machine against Chief Justice Renato Corona that so unfairly painted him as corrupt, and who therefore should be removed from his post.
— The Manila Times

PH loses luster among foreign property investors
Metro Manila, one of Asia-Pacific’s “hottest” markets for international property investors and developers, has lost some luster this 2018 due to concerns on rising US interest rates, domestic political jitters and limited opportunities for foreigners to find deals.
— Philippine Daily Inquirer

High-tech but obsolete: Air-traffic control starts seeing decades-delayed upgrade
The high-tech, satellite-linked communication, navigation and surveillance system launched by President Duterte at the Civil Aviation Authority of the Philippines (Caap) compound on Tuesday was conceived way back in 1998, but would not be fully utilized until the end of this year.
— BusinessMirror

Conglomerate eyes Pililia power plant
Ayala-led power generation firm, AC Energy is keen on developing a peaking diesel-fired power plant in Pililla, Rizal with a capacity of up to 150 megawatts (MW) to bring in more energy reserves in the country.
— Malaya

‘Capitalism with a heart,’ v. 3.0 gaining more advocates in PHL
ANTONIO S. Yap is a big man with a big heart who wants to go bigger, particularly in the practice of corporate social responsibility (CSR).
— BusinessMirror

AFP’s ‘war’ in Marawi not totally over
As the war against the Islamic State (IS), and its local affiliate, the Maute Group, in Marawi City winds down late last year, President Duterte declared that the soldiers would be the last ones to leave the battered city, and he meant it literally, even by coincidence.
— BusinessMirror

Philippine volcano still unstable, warn scientists
State volcanologists warned officials and residents not to be complacent because Mayon Volcano in Albay province in the Bicol Region remains “highly unstable” and “unpredictable” and could go into a major eruption anytime.
— Philstar

Palace: No hand in summons vs. Rappler CEO, 2 others
Malacanang had no hand in the subpoenas issued by the National Bureau of Investigation (NBI) to Rappler chief executive officer (CEO) Maria Ressa and two others over cybercrime raps, Presidential Spokesperson Harry Roque said on Saturday.
— Update Philippines